It is a crisp Thursday morning  at Dumfries House, and the relative calm on the Ayrshire estate is punctuated by squeals of glee. A small group from St Andrew’s Primary, Kilmarnock, are taking turns to stand on a see-saw pump and watch as the built-up pressure inside releases water from a fountain five metres away. Soakings from the exuberant jets produce more shrieks of laughter.

This water feature is part of the Harmony Outdoor Area, a playground designed and built by Timberplay in 2014. Inspired by its surroundings, the park is focused around the four natural elements: water, wind, earth and fire, which form the basis for children’s experiments. This theme is in turn inspired by HRH The Duke of Rothesay’s book Harmony: A New Way of Looking At The World, and is also referenced in the interior design of the engineering centre. Scientific and engineering exploration equipment is built into the landscape here and aims to teach risk, cause and effect. It’s called ‘learning by stealth’ and educates through non-traditional tools, such as games and play. Judging by all the fun being had, it’s definitely working.

The park is part of a wider science, technology, engineering and maths (STEM) education programme based at the Morphy Richards Engineering Education Centre on the Estate. It’s designed to engage children early on with those subjects – in particular, engineering – and show how exciting and useful STEM subjects can be.

Engineering is present in all forms of our everyday life; it’s responsible for the safety equipment in your new car, the app on your phone or the high-tech fabric used in your running shoes. It’s considered a catalyst in the UK’s economic growth: research from this year’s Engineering UK report found that in 2014 the industry generated 27.1 per cent of the total UK GDP, that’s £455.6 billion. It’s expected to rise to £608.1 billion by 2022. In 2014, Scotland alone saw the biggest growth in turnover since 2009, with the amount growing by 15.6 per cent.

As society changes, industry needs to innovate. Challenges such as renewable energy, sustainability and managing our planet’s resources are driving up the demand for graduates in STEM-based subjects. However, a 2015 CBI/Pearson and Education survey reported that 44 per cent of  the UK’s engineering, science and high-tech firms reported difficulties in finding experienced recruits with the right STEM skills. Simply put, if we can’t inspire the next generation to  engage with these subjects, we are at risk of restricting economic growth. So how and when do we start to equip children with these skills? 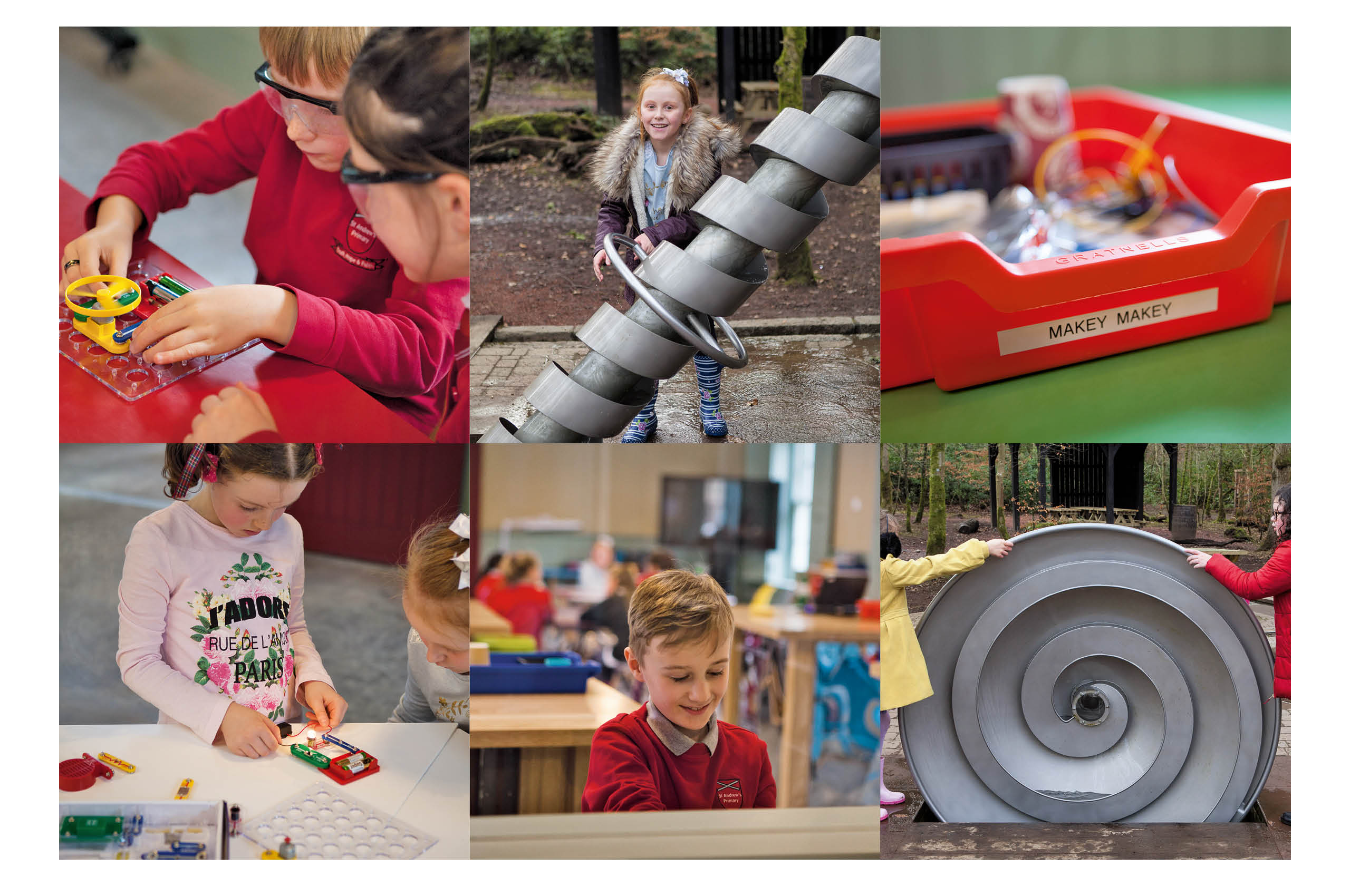 Dumfries House’s engineering centre aims to galvanise change. It was generously funded by Morphy Richards, which forms part of the South West Scotland Engineering Group (SWSEG), a consortium that also includes Selex-ES, Scottish Power and UTC Aerospace, alongside Ayrshire local authority and Ayrshire College. It was formed as the result of a conversation that took place between HRH The Duke of Rothesay and the MD of aeronautical engineering firm Selex-ES, Norman Bone, back in 2011. Both were aware of the future engineering skills shortage, with Bone wondering whether anything could be done to help at Dumfries House. In 2012, a meeting was called with other industry leaders and the SWSEG was formed. The aim was to develop engineering awareness across south-west Scotland, with dedicated learning initiatives based on the Estate.

In 2013 an Engineering Education conference took place at Dumfries House that was attended by more than 140 teachers, many from primary schools. Their feedback shed light on the root causes for lack of interest in STEM subjects. The SWSEG came up with the concept of an Education Engineering Centre and the consortium created funds for a dedicated STEM co-ordinator post to be based at Dumfries House. Dr Karen Alexander was appointed and she began to tackle the issues.

“The key problem the conference revealed was that many teachers felt they were struggling to cover STEM subjects every week in class,” explains Dr Alexander. Primary school teachers need to be generalists, masters of all trades, able to cover all areas of education. “They lacked confidence in teaching those subjects and wanted more professional development to counteract this, along with support from industry in the form of equipment, facilities and class visits to inspire the pupils.”

Dr Alexander’s role was initially to establish links with schools in Ayrshire and provide guidance when choosing STEM projects, but she also put plans into motion for an Education Engineering Centre. “I thought long and hard about what was needed,” she says. “The result was a proposal for a space that would encompass one-day workshops for children and teachers, residential groups and space for family events.”

Initially offering workshops for children from STEM providers, Dr Alexander soon realised that the way forward was to develop an in-house programme, which currently forms 65 per cent of the teaching here. Topics such as biomimicry and sustainable energy are covered; pupils are encouraged to look at the world through its geometry and recognise that patterns and symmetries observed in nature also exist in themselves. While projects such as Everyday Engineering – where children are tasked to build a household appliance covering a wide range of disciplines – utilise electrical, software and aeronautical design, and show children the relevance of these faculties in everyday life.

With Engineering UK highlighting the lack of women entering the industry (it reports that in 17-19 year-olds only 28 per cent of girls have considered a career in engineering, compared with 46 per cent of boys) Dr Alexander is keen to promote female-only events designed to show young girls that there is space for them in engineering. A Marvellous Women In Flying Machines workshop, designed to pique interest in the aeronautical sector, was created with Ayrshire College.

It’s important to keep all children interested; as they transition from primary to secondary school, pupils can become less engaged with STEM subjects. They’re seen as hard work and are associated with being ‘geeky’. But knowledge of the lucrative careers an engineering qualification can provide are also key to keeping the kids interested.

“When we ask the children at workshops what an engineer does, we often get the answer ‘Do they fix TVs?’” laughs Engineering Education tutor Ian Caldwell, who is a welcome addition to the team, made possible by funding from new SWSEG member Weir Group. “As an engineer you build, you design, you create. It’s a common misconception.”

Changing more than just children’s attitudes is needed. Parents have a great impact; they’re huge influencers and it is why Dr Alexander places such importance on family events. “It’s our job to educate them too. We want to show families the kinds of jobs available; the routes into engineering, through university and apprenticeships. We also aim to make them aware that whatever career their child follows, a STEM qualification is highly desirable and the STEM subjects encourage an analytical mind, preparing for many jobs from science to accountancy.”

That is the ultimate goal. To engage with children early on in their education; to inspire them, support them and give them an insight into all the opportunities available. And if that translates into future employment? Well, that deserves gold stars all round.