Dumfries House Trust’s success in revitalising historical items and creating new ones to complement them is second to none. Here’s to a decade of achievements 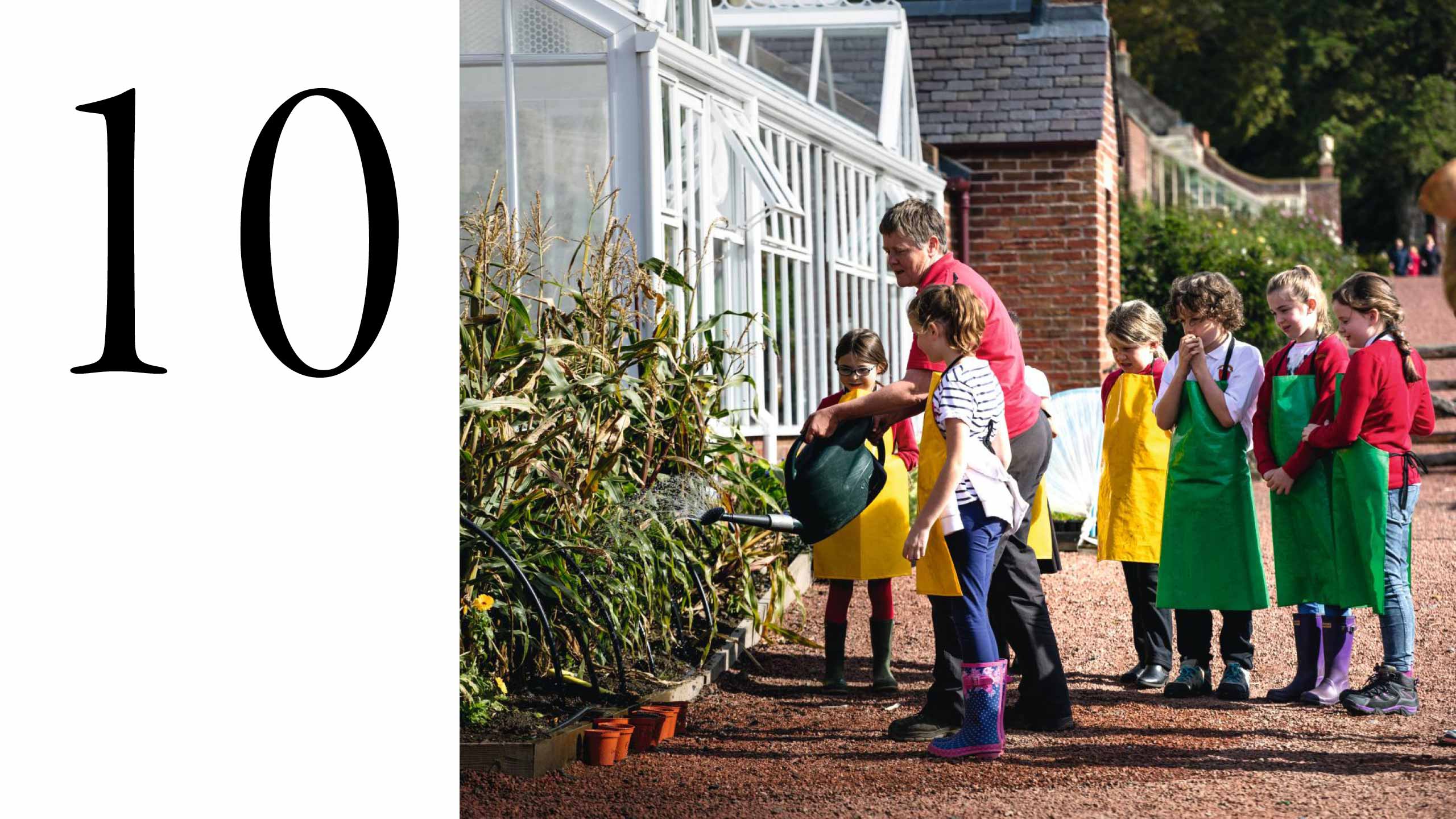 One of the greatest triumphs of the Dumfries House Trust has been the establishing of a happy community. From the sewing workshops held in the House’s atelier to the horticulture classes at the Pierburg Education Centre, the Trust has found many ways to revitalise communities. Often this involves inviting Ayrshire residents to join programmes held on site – but sometimes, as with the refurbishment of New Cumnock Town Hall, it’s about reaching outside the Estate to improve lives in the county. 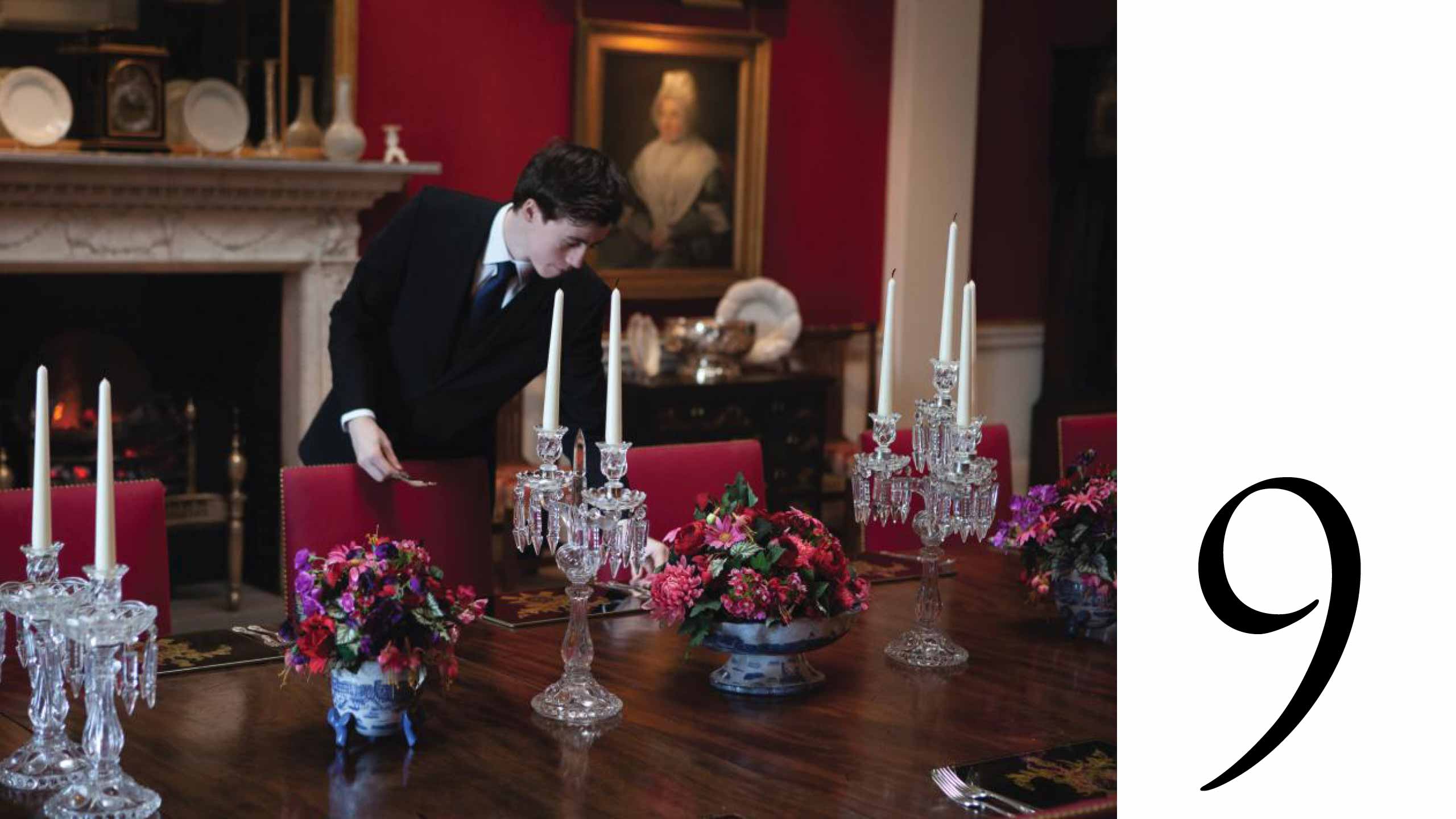 Thanks to Dumfries House’s partnership with its sister charity, the Prince’s Trust, nine apprenticeships have so far been completed at Scottish Estate. Recent courses have produced five impeccable new butlers, two green-fingered gardeners and two handy apprentice carpenters, all of whom now have full-time employment with the Trust. 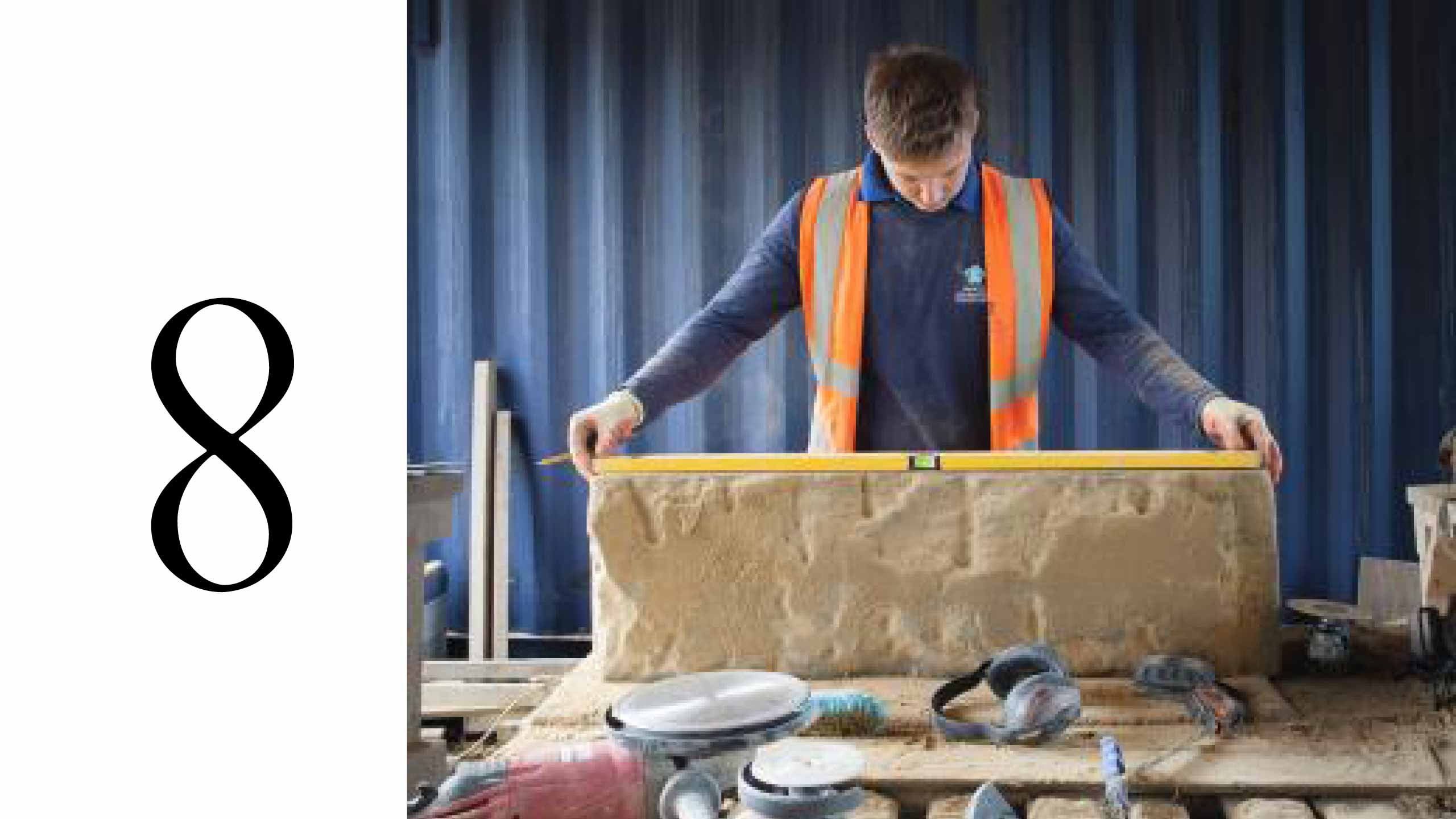 At the estate’s Kuanyshev Traditional & Craft Skills Centre, 16- to 24-year-old students are able to learn sustainable building skills that should open up employment opportunities. These range from industry standards – plastering, painting, plumbing, electrical skills and brickwork – to more traditional and specialist practices: stonemasonry, dry-stone walling and rural woodcraft. This is a fantastic way to ensure that these traditional skills aren't lost. 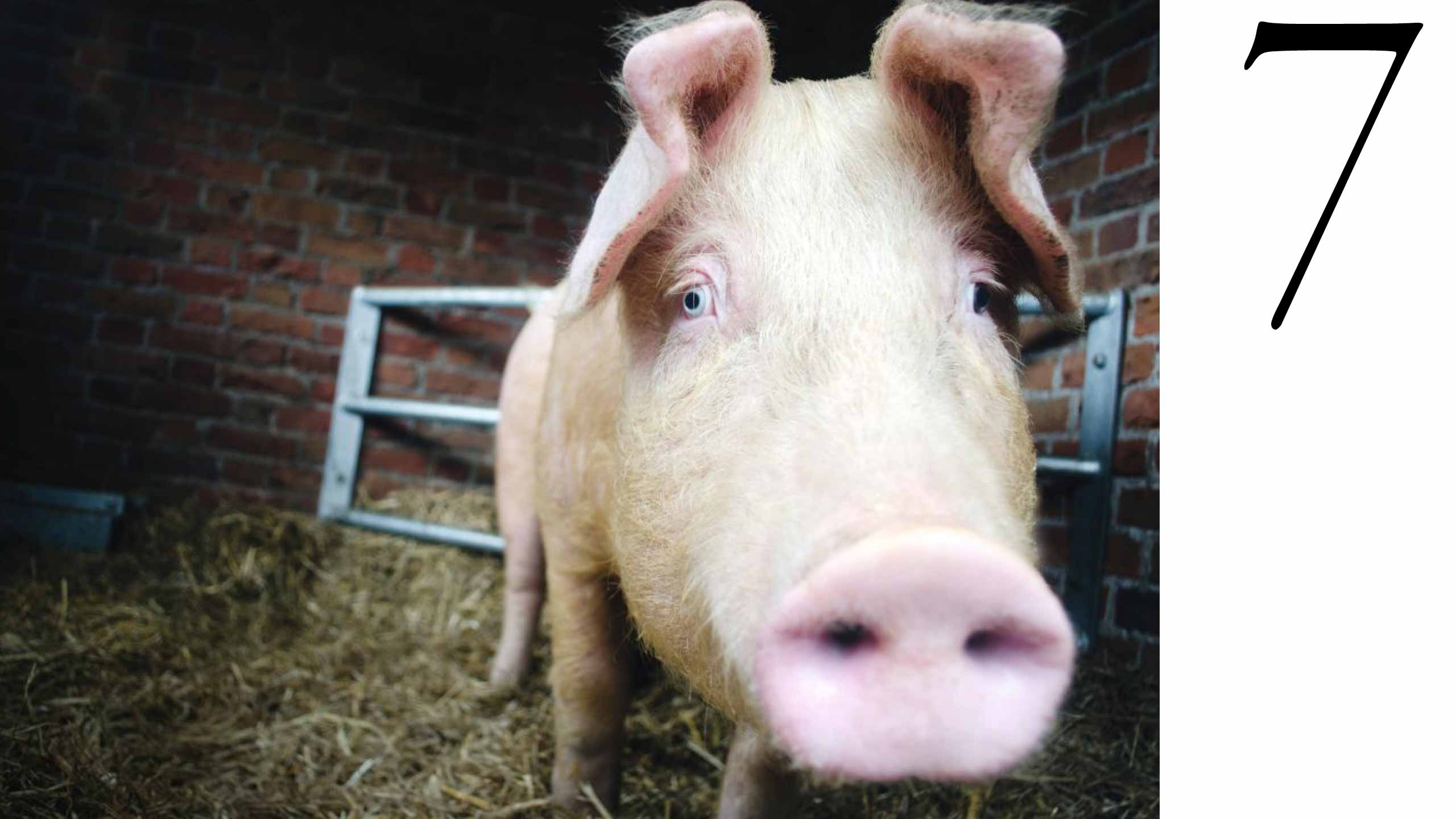 Every day's a school day on the Dumfries House Estate where, in the past decade, seven educational premises have opened. These are the Pierburg Education Centre, the Kuanyshev Traditional & Craft Skills Centre, Valentin’s Farm, the Morphy Richards Engineering Education Centre, the Tamar Manoukian Outdoor Residential Centre (for sports and leadership skills), the Royal Drawing School Dimplex Artist Studios and the Belling Hospitality Training Centre. 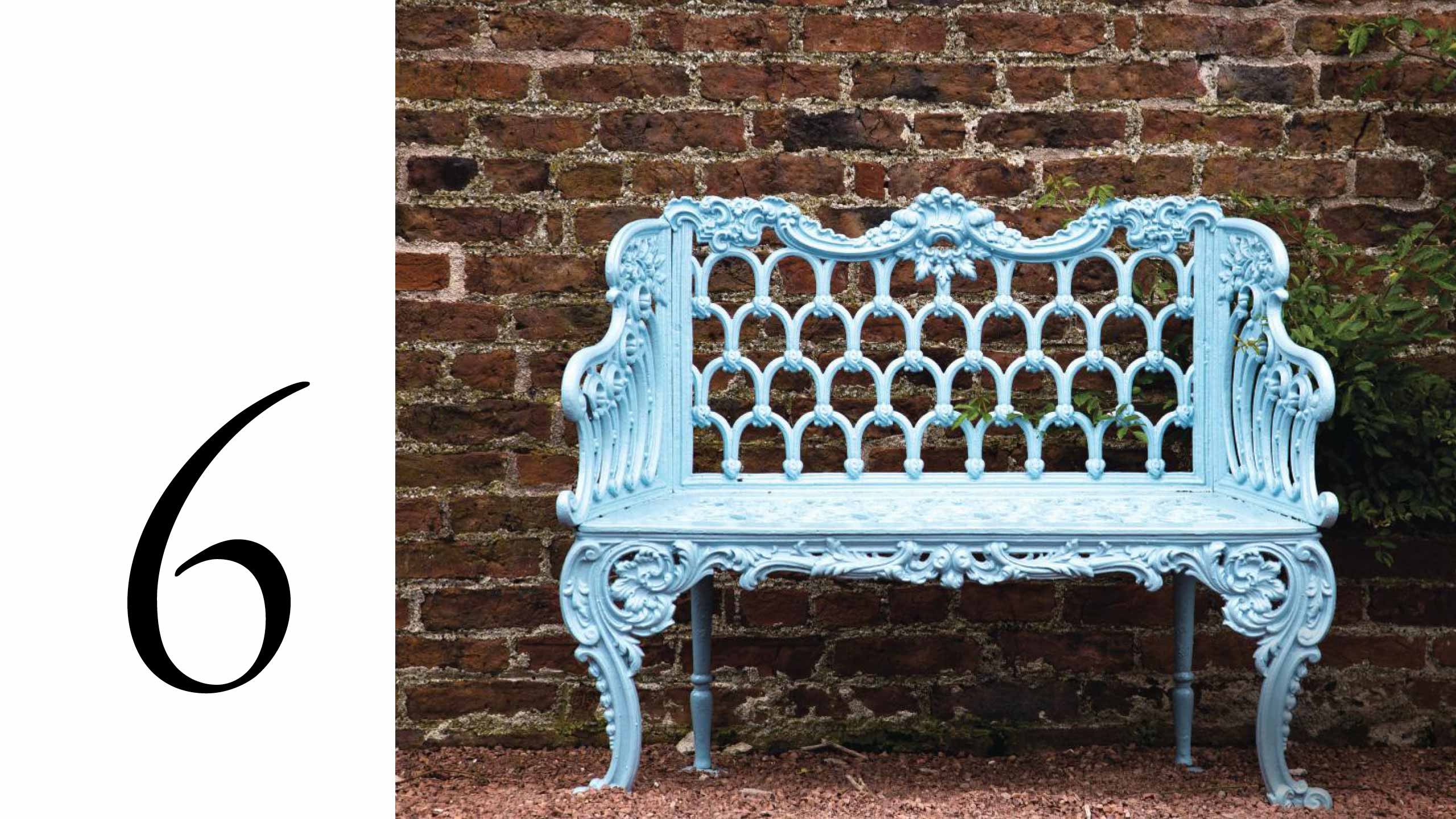 A spot for quiet reflection in the Walled Garden

Dumfries House Estate’s 2,000 acres has lots of gorgeous gardens. The Queen Elizabeth Walled Garden, opened by Her Majesty in 2014, is perhaps the jewel in the crown with its tiered terracing. The Rothesay Garden is a place of peace, while the Kauffman Education Gardens offer children a chance to learn about nutrition. The 10-acre Arboretum includes lime trees, lakes and a doocot built by the 2014 PFBC Summer School students; and the redesigned House garden has a fountain and two maze parterres. 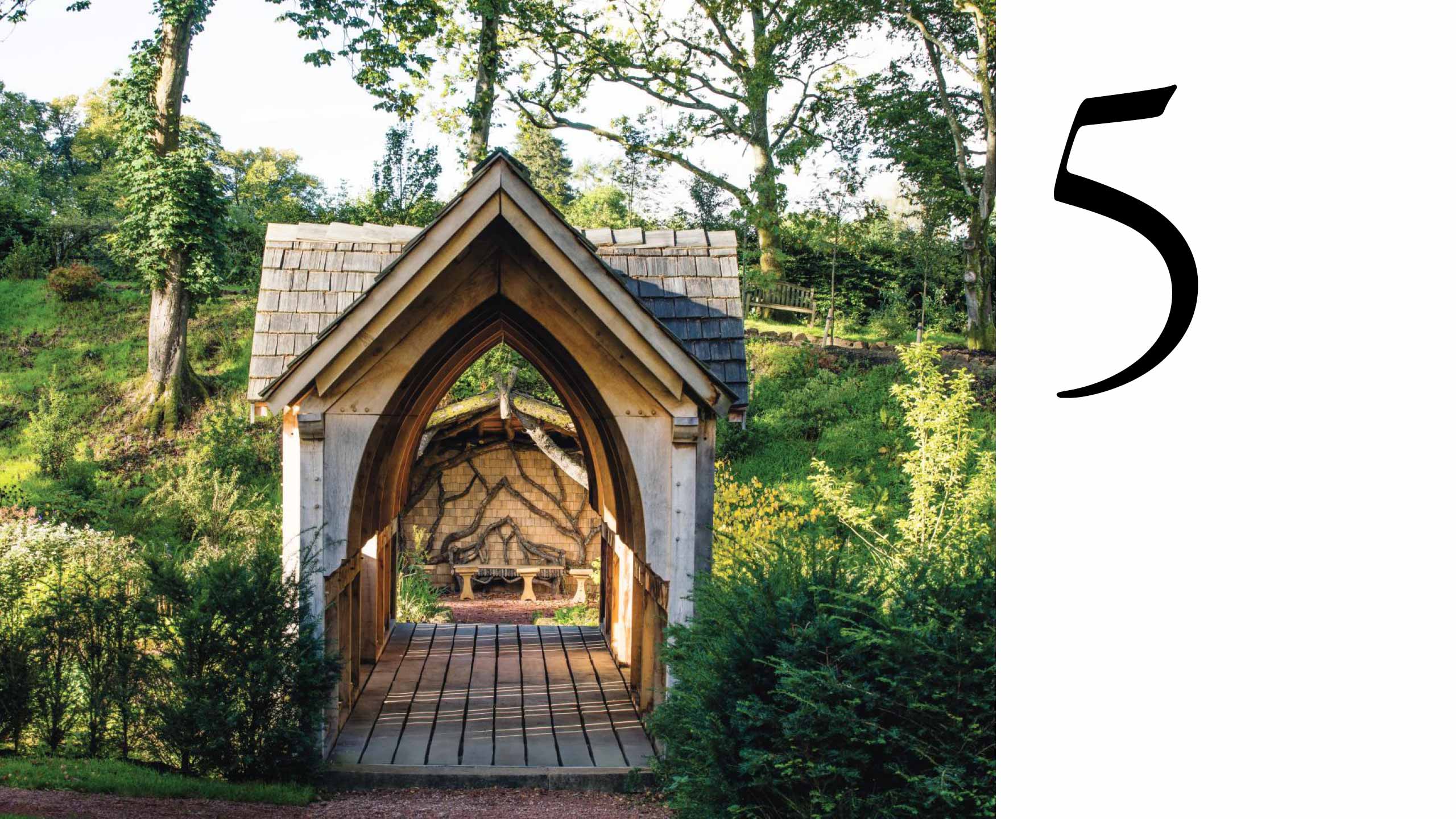 Getting around the Estate, with its many waterways and variations in landscape, requires some fine bridges – five, to be precise. Adam Bridge was initially built by architect John Adam in 1760, but had fallen into disrepair and been vandalised; it has now been restored. The ornate Chinese Bridge is more recent – it was designed by Scottish architect Robert Weir Schultz in 1899, but wasn’t realised until 2016. The Estate also includes the Rothesay Bridge, the Western approach and the Doocot Bridge. 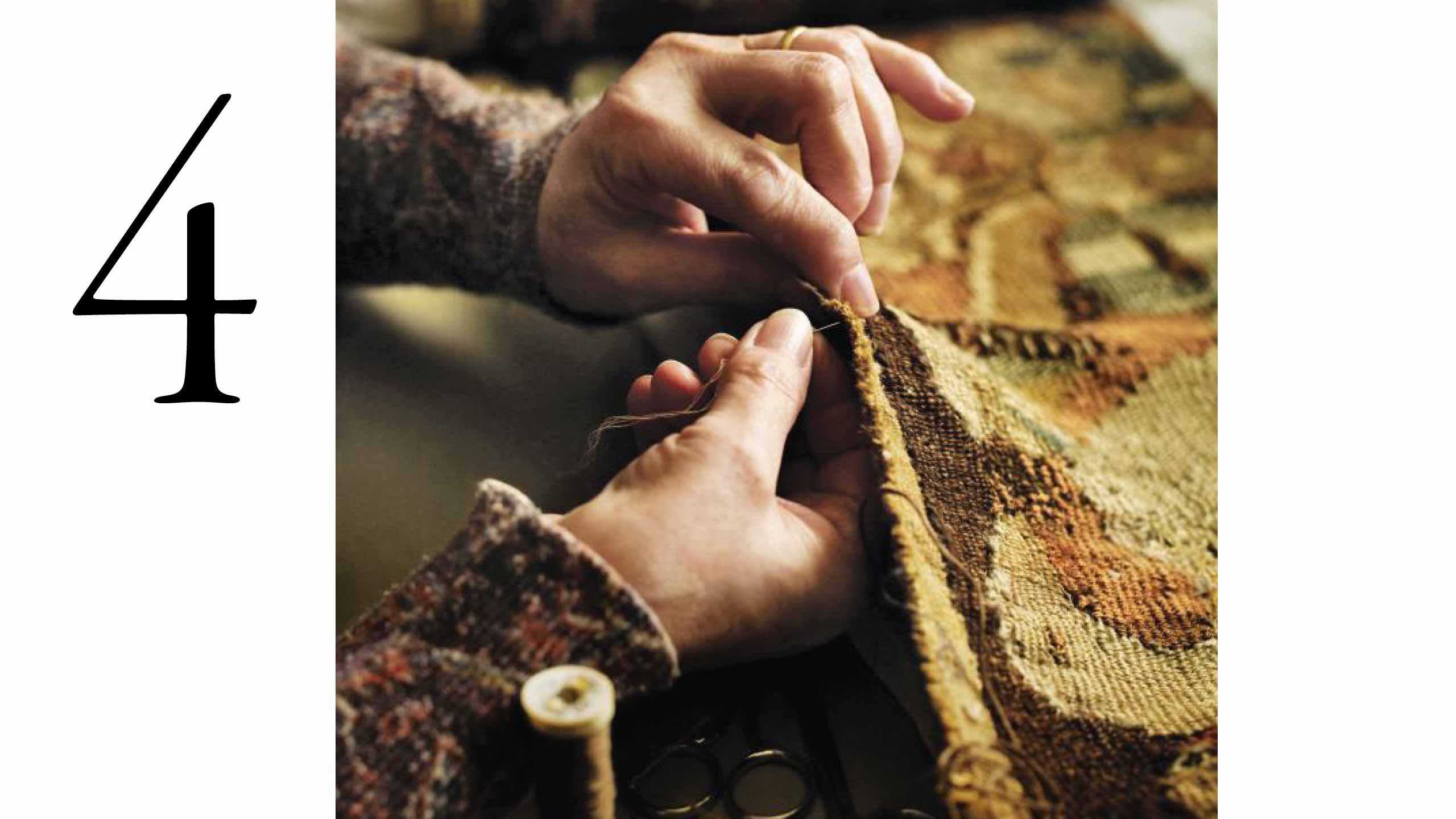 The ceremonial Tapestry Room is a highlight of the house, and its centre pieces are four wool and silk Belgian tapestries, woven in the early 18th century. In recent years, the highly detailed pieces have been protected and strengthened by Surrey-based textile conservators Shephard Travis, who worked hard to make them robust enough to remain on display. They are now back in their rightful place to be admired by visitors. 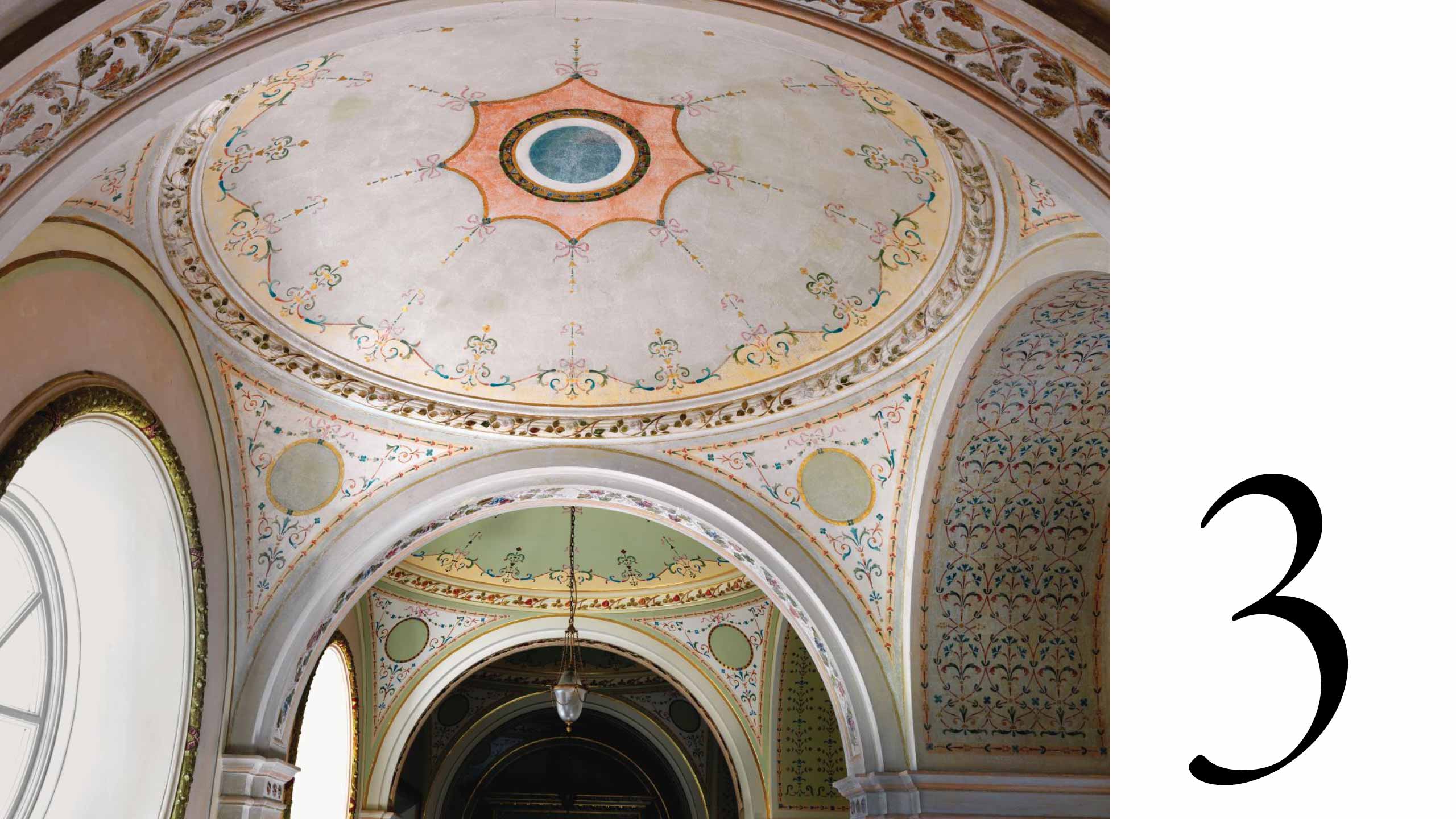 The Pewter Corridor restored to its former glory

Conservation, restoration and development are the philosophies behind work at Dumfries House. Some elderly structures have been repaired to restore their intended function, but many artworks and artefacts have been conserved to avoid unnecessary intervention, so that they retain a sense of history. Beyond that, ongoing development gives the Estate new life for generations to come. 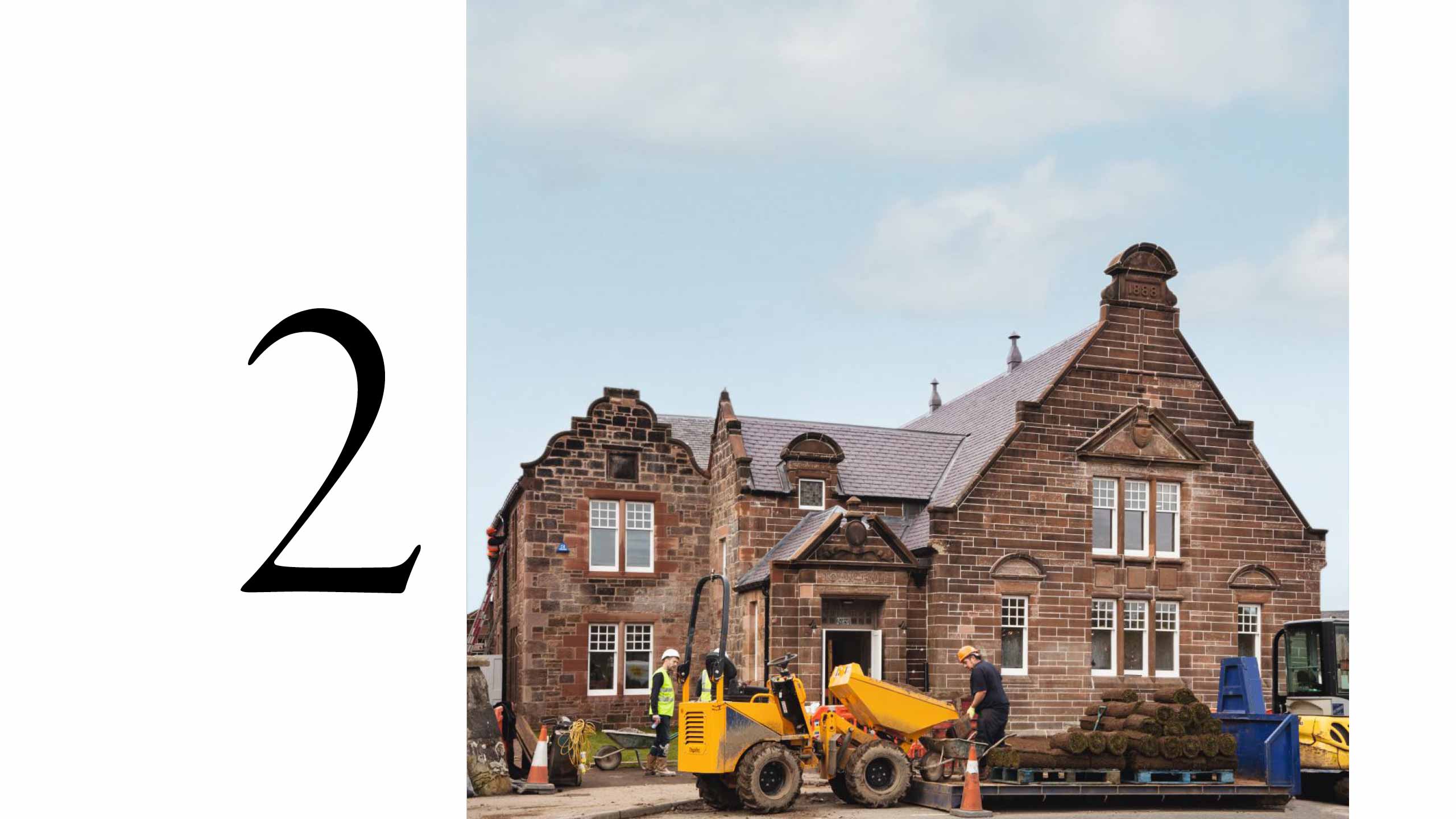 The main objectives of the Dumfries House Trust were to launch the Estate as a public visitor attraction, and to create an infrastructure that would be a catalyst for the socio-economic, cultural and educational regeneration of Ayrshire and beyond. Ten years on, these goals are still at its heart, with a healthy list of successes already achieved. 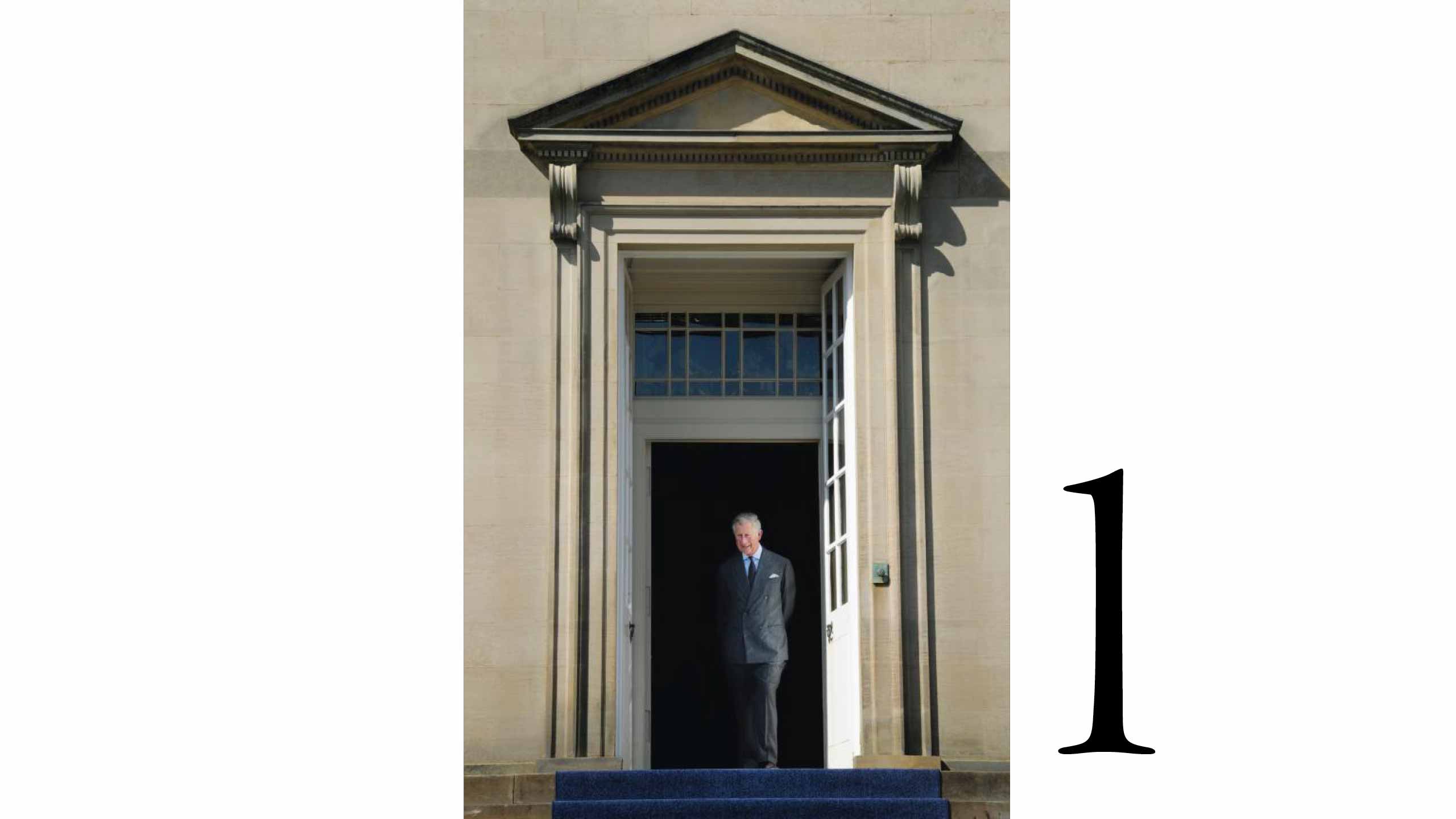 A warm welcome at Dumfries House

Dumfries House itself, a stately home with an unrivalled collection of Chippendale and 18th century Scottish furniture, has been returned to its former splendour. The interiors and surrounding landscape are under the meticulous care of an expert team, plus there are a few welcome modern additions, such as guided tours, 5-star accommodation at the neighbouring Lodge and free parking.