People are almost always surprised to see Charlotte Darwent at work. What, they wonder, is a young woman with the complexion of a Dresden shepherdess doing driving a quad bike with three dogs on the back and another running alongside? In fact, she is a shepherdess, with responsibility for the 650-strong flock at Dumfries House. “It’s a very male-dominated world,” she concedes. “But to me it was just what I wanted to do, so I had to throw myself in at the deep end and go for it.” 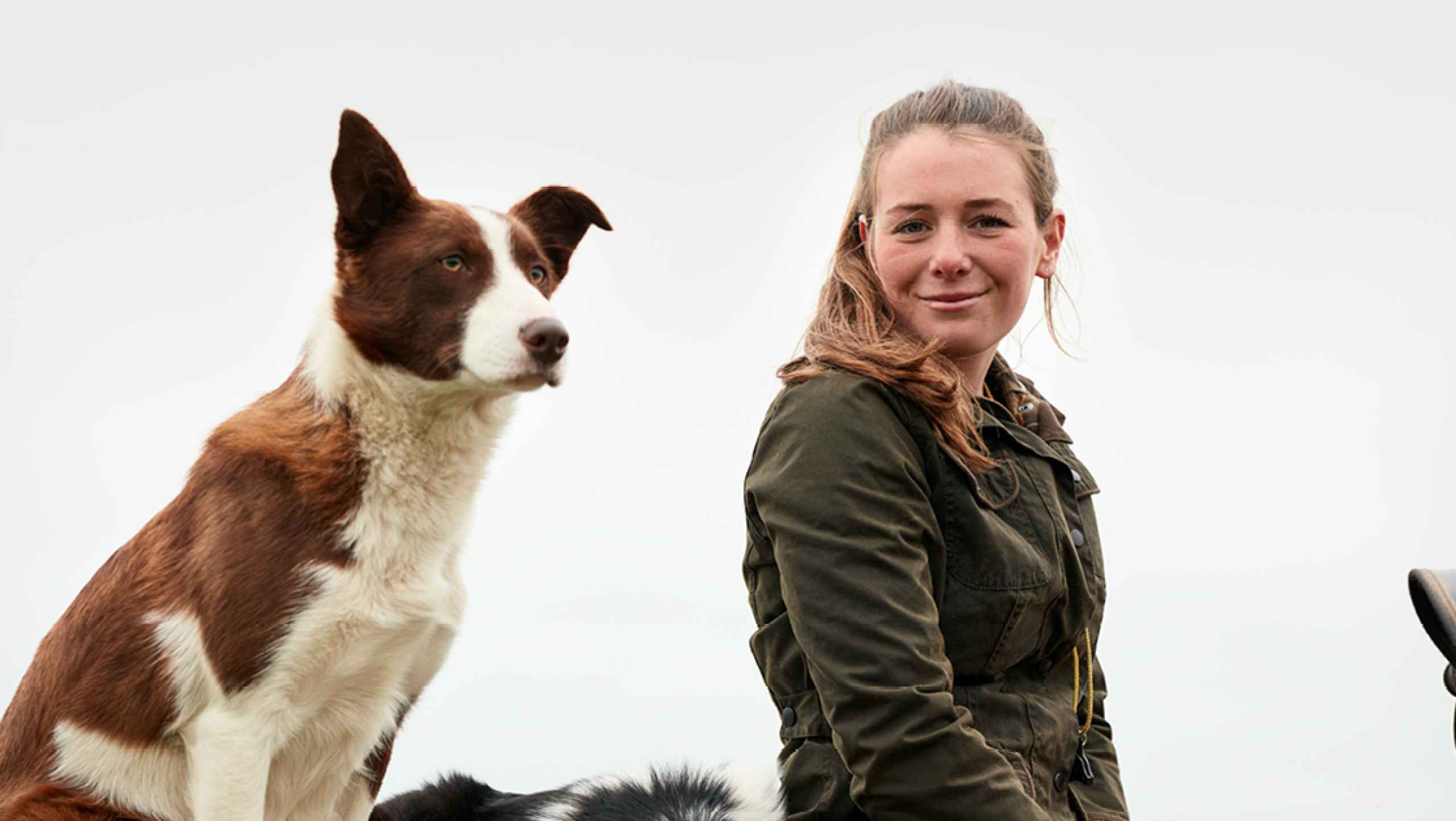 Charlotte Darwent, on the quad bike with two of her four sheepdogs

Brought up in Cheshire, Derwent didn’t come from a farming background but the 25-year-old has now been in charge of her flock for almost four years. “I had an outdoorsy family with lots of animals. When I left school, I didn’t want to be in an office,” she says. “I definitely wanted to get into shepherdessing – it just felt right.” She gained experience during lambing season on farms from Herefordshire to Aberdeenshire and it was while working on the Lowther Estate in Cumbria that she heard of the Dumfries House opening. “John Rowell, who runs the farm here, invited me to send in my CV and spend a day here, which I did, and I got the job.” 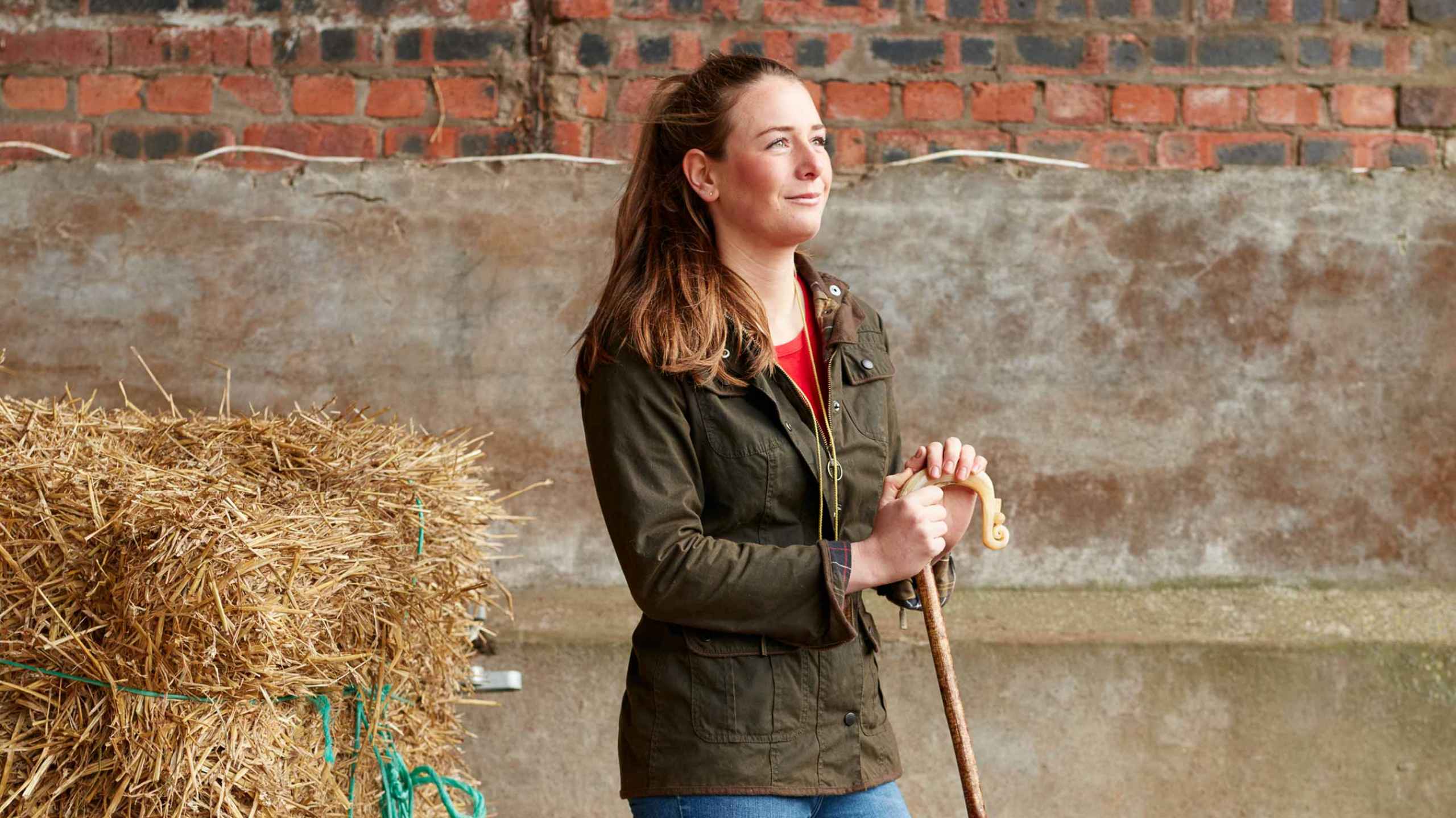 Charlotte on the farm at Dumfries House

It was in Cumbria that she acquired her first sheepdog, Flash. Since arriving at Dumfries House, she has taken on a collie puppy each year and trained it herself. Maggie and Dot are now good enough to compete at trials while Jill is just six months and still learning the ropes – to get a dog responding fully to whistle and voice commands can take up to 18 months. 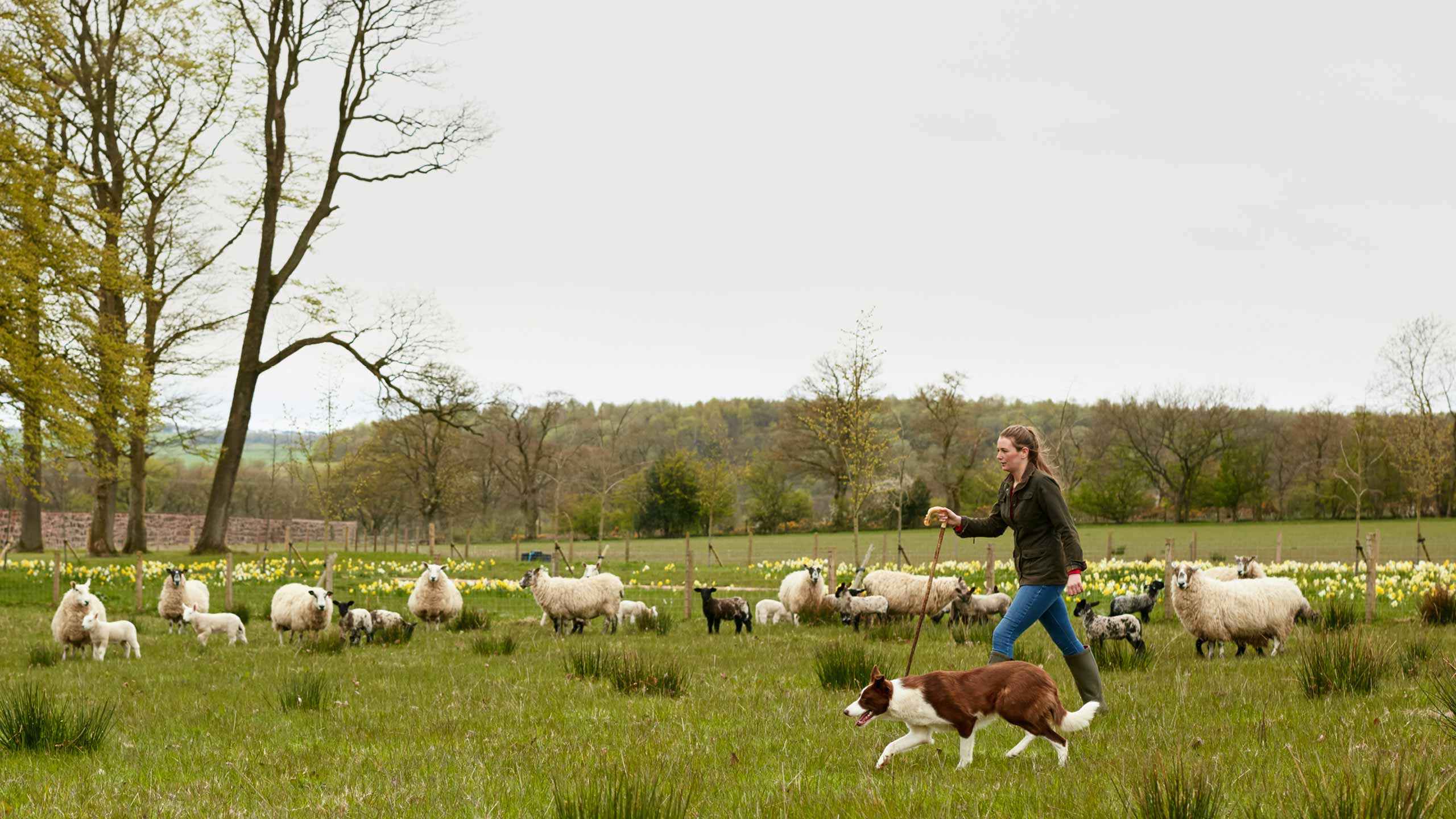 Working with the dogs is one of the things she loves about her job – another is being in tune with the changing seasons. In late spring and early summer she will be out on her quad bike at 6am but over winter it is different. “In December and January it’s not light until 8am and you can’t be in the fields when it’s pitch black, so I don’t start until 7.30am,” she says. “Each season there’s something different: right now we’re lambing, then shearing, then getting the ewes ready to go to the rams, then sending the fat lambs to market.”

The sheep at Dumfries House are all native breeds: Scotch Mules, Cheviots, Suffolk crosses, Lleyn crosses and Border Leicesters. Derwent also helps with the Castlemilk Moorits – one of the rare breeds on Valentin’s Education Farm. “They are quite flighty, so you need a dog to pen them up and plenty of patience,” she says. 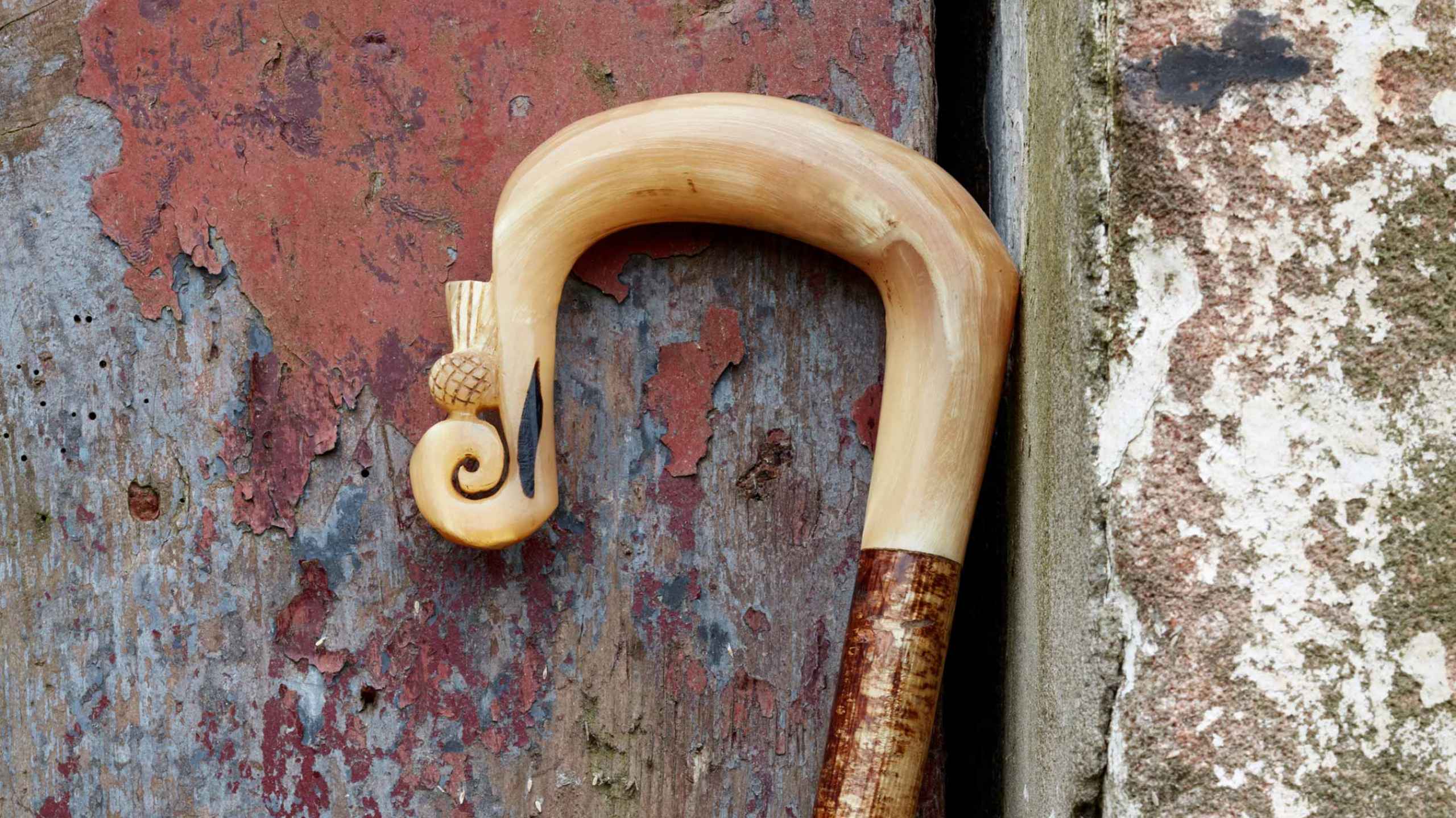 A traditional shepherd’s – or shepherdess’ crook What advice would Derwent give someone thinking of taking up the crook? “You never stop learning, so persevere and don’t be afraid to ask for help.” She’s gleaned a lot from talking to local shepherds and is taking a part-time course in Organic Forage and Livestock Production. With the Dumfries House farm set to become fully organic in January, breeding sheep that meet the official requirements will be an important part of her job.

The biggest challenge can be the weather. “Winters here can be quite brutal – particularly on a quad bike in a blizzard,” says Derwent. “Even though you’re feeling cold, you’ve got to keep going and get round all the sheep.But I wouldn’t want to do anything different.”