Character Joinery in Kilmarnock, south-west Scotland, is a rare breed of furniture designers and makers. They not only specialise in creating bespoke pieces, but are also versed in centuries-old carpentry skills such as dovetail joints and traditional moulding.

Walk into Kelvin Murray’s workshop and what strikes you most is the absence of unnecessary machinery. Under Murray’s watch, everything is made by hand. It is because of this unique and exacting approach that the 28-strong team of bench hand joiners and cabinet makers win projects that are as varied as they are numerous and boast clients that include everyone from stately homes to luxury hoteliers and fashion brands.

Murray (pictured top right) joined Character Joinery as workshop manager seven years ago and bought the company, initially founded in 1983, a couple of years later with two other partners, Stephen Brownlow and Dave Leahy. To date, the trio have doubled its annual sales and developed an interiors arm that fits out restaurants and commercial kitchens. The Prince’s Foundation-backed restoration of the Old Royal Station in Ballater is typical of Character Joinery’s all-encompassing approach. The site was ravaged by a blaze in May 2015, but is now getting a new lease of life as a restaurant and visitor centre that showcases the building’s former life as the station at which Queen Victoria disembarked when visiting Balmoral. 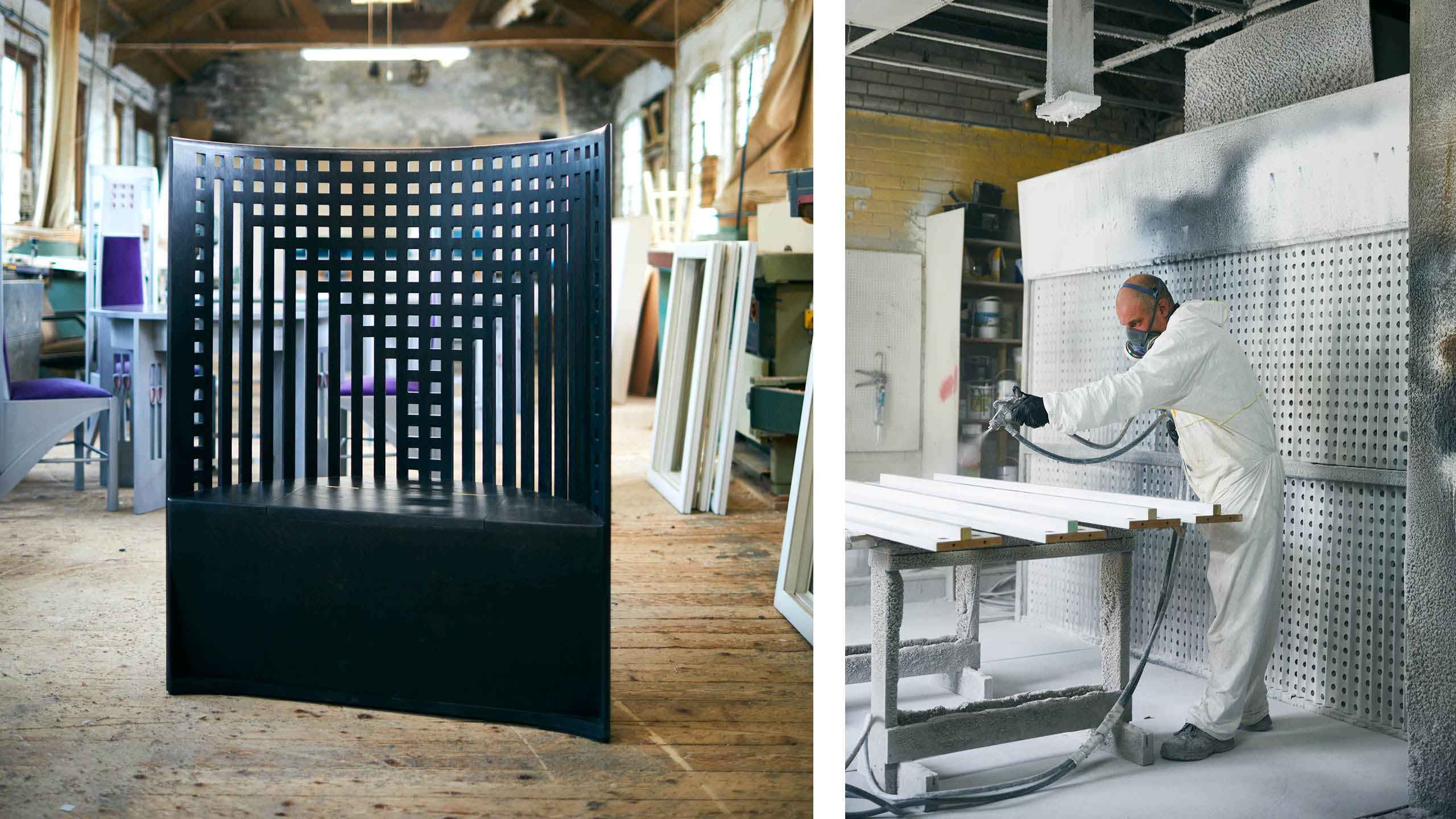 Clockwise from left: The Willow’s curved order chair; finishing touches are applied in the polish room

Earlier this year, the company was chosen to make replicas of more than 58 pieces of Charles Rennie Mackintosh furniture for the restoration of his original Willow Tea Room. Designed in 1903 and re-opening this June to celebrate the 150th anniversary of Mackintosh’s birth, the commission was particularly poignant for Murray. “My mother took me to the Mackintosh-designed Hill House when I was 15 years old and the furniture blew my mind. His work was what made me train as a designer and maker,” he says.

The Mackintosh job is testing the skills of the Character Joinery team. The Willow curved order chair alone (pictured on previous page) took them six weeks to complete, and each of the 11 Salon de Luxe tables requires 188 hand-carved petals. “It took 60 hours just to study the dimensions and construct the Salon de Luxe chairs,” Murray reveals. “After I made the first prototype, I took it to the Hunterian Museum where four Mackintosh experts compared its accuracy against the original on display there.” 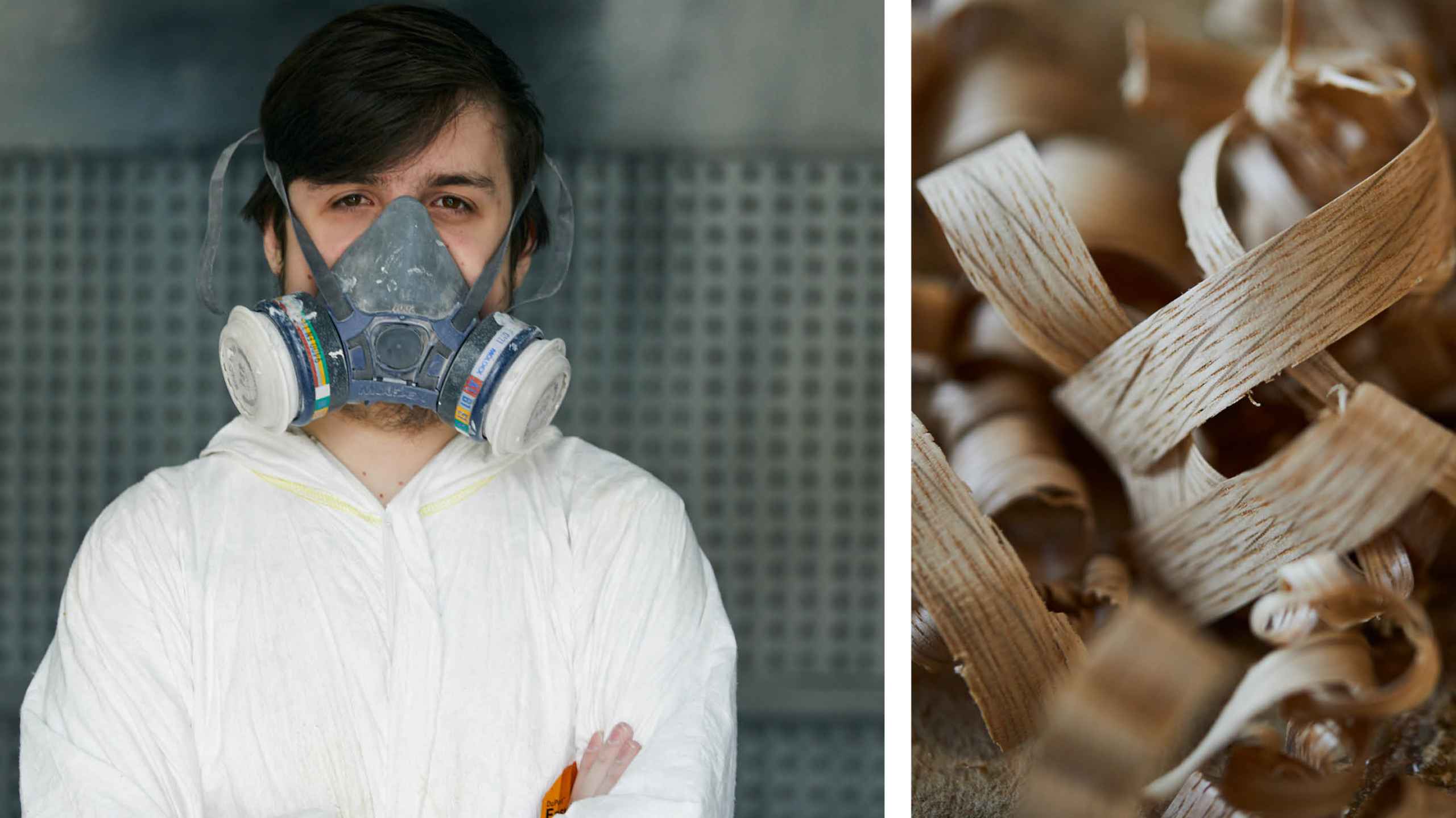 Clockwise from left: All suited up for the polish room; wood shavings

With more commission requests than the workshop can take on, Character Joinery is the victim of its own success and Murray would hire 10 additional staff tomorrow, if only he could find craftsmen with the required standard of skill. “The shortage of craft training and skills in this country is terrifying,” says Murray, who is raising awareness around the issue by trying to employ at least two apprentices a year.

He hires many young recruits directly from the training courses run by The Prince’s Foundation, in partnership with The Prince’s Trust, which are held at Dumfries House. The Scottish stately home is one of Character Joinery’s most loyal clients: the workshop is responsible for its case and sash windows, its doors and more than 60 pieces of bespoke furniture. Their work also extends to the numerous satellite buildings on the property, including The Tamar Manoukian Outdoor Residential Centre, Woodlands Restaurant and a much-anticipated health and wellbeing centre, due to open later this year. 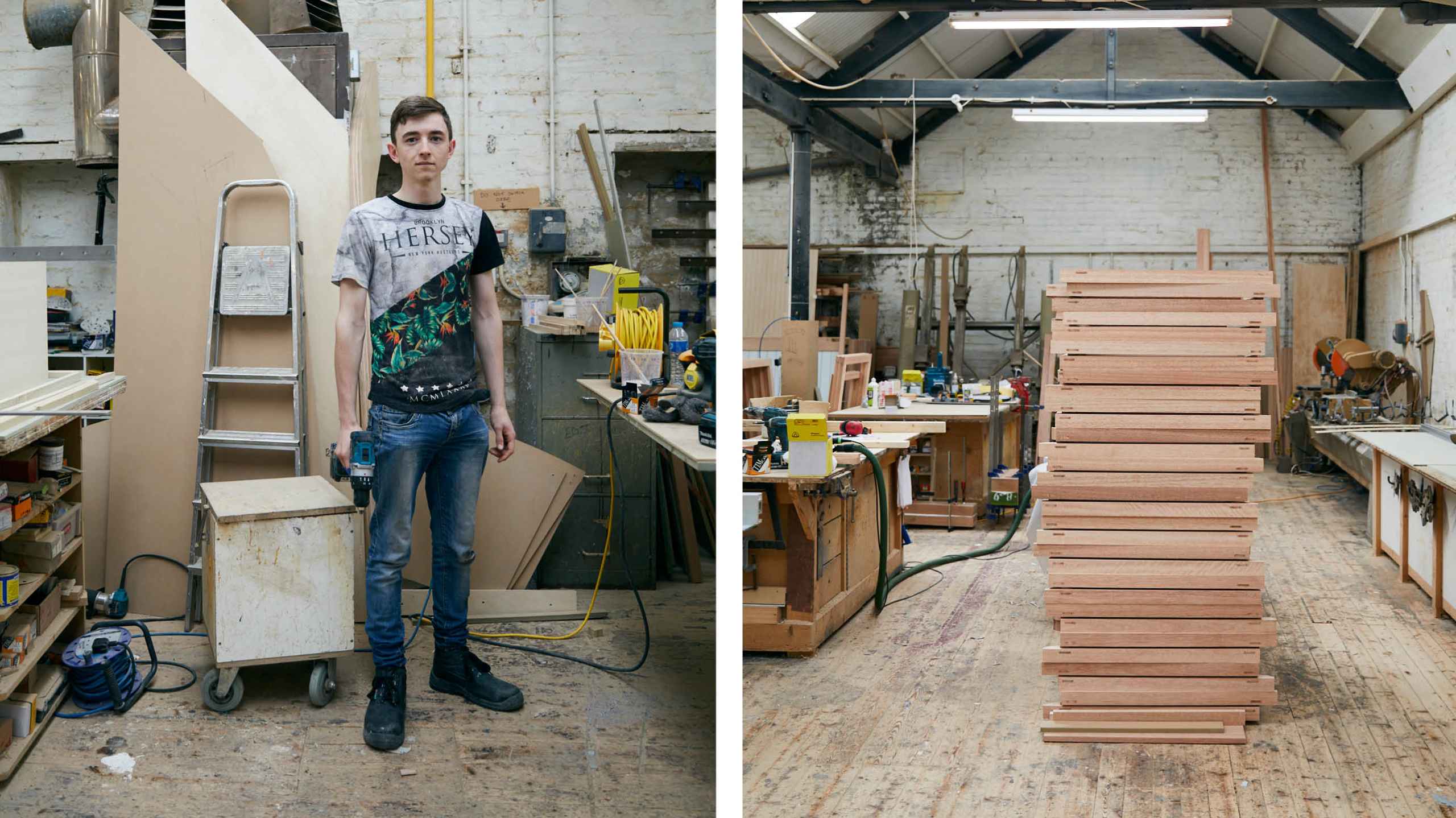 Clockwise from top left: learning the skills of the craft; sash windows, completed and stacked

Despite a slew of demanding jobs, Murray welcomes the challenges that come with the territory of being at the top of his game. “A good and skilled craftsman has to be constantly tested and pushed.” His impressive work is testament to that.