At first glance you could be forgiven for thinking this painting, which hangs in the Family Parlour at Dumfries House, was of two young girls, most likely high-born sisters. In fact, this delicate gouache-on-board depiction of two infants and their dog by celebrated portraitist Daniel Gardner (late 18th century), is of John, Lord Mount Stuart (later the 2nd Marquess of Bute, 1793-1848) and his younger brother Patrick (later Lord Patrick James Herbert Stuart, 1794-1859), both in full-length white dresses.

“It was common practice to dress young boys as girls, up to the age of about four or five,” says Dumfries House Head Guide Alex MacDonald. “This is when the boys were ‘breeched’ – given their first pair of trousers.” Breeching was a rite of passage in a young boy’s life, though keeping them in dresses when young was also a practical way to manage their toilet training (especially before the advent of modern-day nappies and child-rearing accoutrements).

Another, more unsettling reason for the young boys’ attire could have been to avoid the loss of an heir. “It has been suggested that disguising the boys as girls threw would-be kidnappers off the scent,” says MacDonald.

“They simply weren’t seen as important.” There could be something to this latter claim, given the boys’ tragic family history. Their father, Lord Mountstuart, died when the eldest was one, and their mother, Elizabeth Penelope Crichton, died when he was four, leaving John to inherit both the Bute and Dumfries titles, as well as the Estate, while he was still an infant.

This loss didn’t bring the brothers any closer together however, and they were known to have, “fought like cats and dogs,” says MacDonald, “finding themselves on opposite political sides in later life.”

Another version of the painting – also by Gardner, crafted in oil on canvas – hangs in the School Room. In the coding of portraiture, the raised hand of the eldest child identifies him as the heir, while the presence of the dog suggests family fidelity and loyalty. 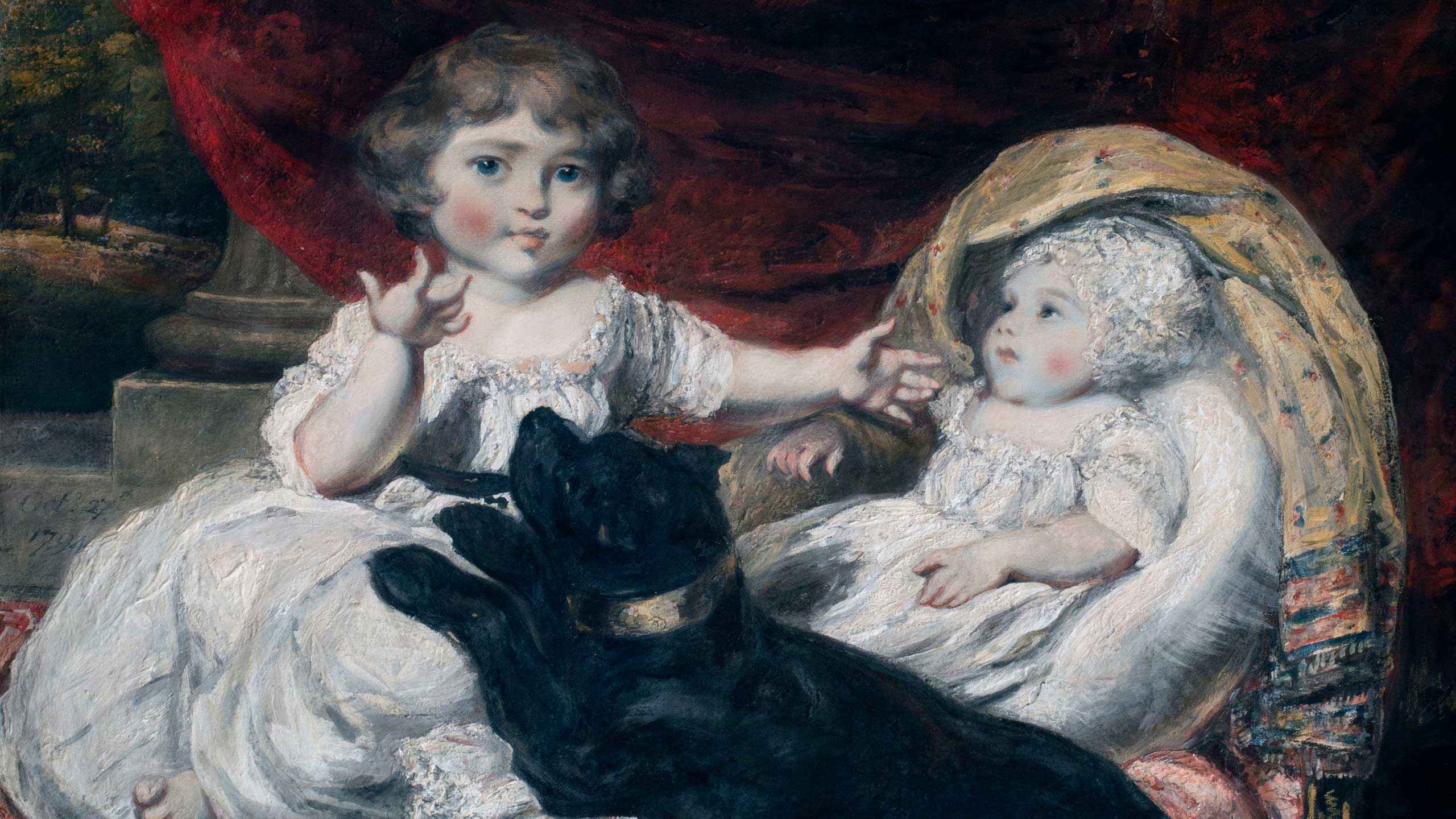 Depicting boys as girls was common practice – possibly to deter kidnappers, who’d have been less interested in young victims who were not heirs