As a source of creative stimulation, you can hardly find better than a garden. Not only is it a multi-hued, multi-sensory, form-filled spectacle, it is also in constant flux – growing, blooming, bursting with energy, breaking down and decaying before beginning all over again. The idea of the “garden as muse” has crossed disciplines and decades, genres and geographical boundaries. Flowers and plants have been celebrated literally, depicted in varying degrees of abstraction and used to express cultural, emotional and even financial significance.

It’s no surprise that artists from Claude Monet to Georgia O’Keeffe have been stirred by plants and it’s a given that textiles designers, from William Morris to Lucienne Day, were influenced by botanical language. You will no doubt be able to name several writers or poets animated by the delights of the garden. It’s a little harder, however, to think of a whole house and its furnishings that’s inspired by a garden.

“There is an overarching element of the outside having been brought gently into the house,” says Charlotte Rostek, Curator Emeritus of Dumfries House. “The then popular Rococo style looked to nature for inspiration, so plant motifs abound, from the Thomas Chippendale furniture, which features beautifully carved decorative plants, to the upholstery that uses floral designs.”Rococo style has a subtle but determined exuberance and a sort of natural animation that makes Dumfries House as lovely to roam as the gardens that surround it. It was cutting-edge at the time and its decorative interior made the house one of the jewels of the Scottish Enlightenment period. Even the estate’s extension in the late 1800s continued to draw on botanical language, with oak leaf a feature, as well as trailing vines, laurel leaves and, of course, the classic Scottish thistle.

Dumfries House, it seems, was on trend at every turn and its botanical stylings are back in favour today with floral inspiration enjoying a renaissance. Galleries and museums have revived interest (look to the Garden Museum’s £7.5 million redevelopment for proof), and there’s been a marked use of plants and florals in fashion, as well as art, craft and design.

Perhaps it’s this renewed interest in nature’s organic forms and colour palette that has inspired Dumfries House to more pointedly celebrate the botanical theme within. Most recently, Head Guide Alex MacDonald, together with Head Gardener James Goodman, undertook the rather pleasurable task of identifying the different flowers, fruits and legumes featured throughout the House.

“There are so many things about the decoration at Dumfries House that are hidden in plain sight and that includes flowers,” says MacDonald. “People are often so absorbed by the richness of the furniture that they miss the flowers, which feature in their hundreds in the tapestries, carvings, mouldings and artworks.”

Though the gardens that surround the House were installed at various intervals across the centuries, the plants and vegetation that thrive there seem to mingle with the furnishings indoors. Each bloom, it seems, has its place both inside and out. 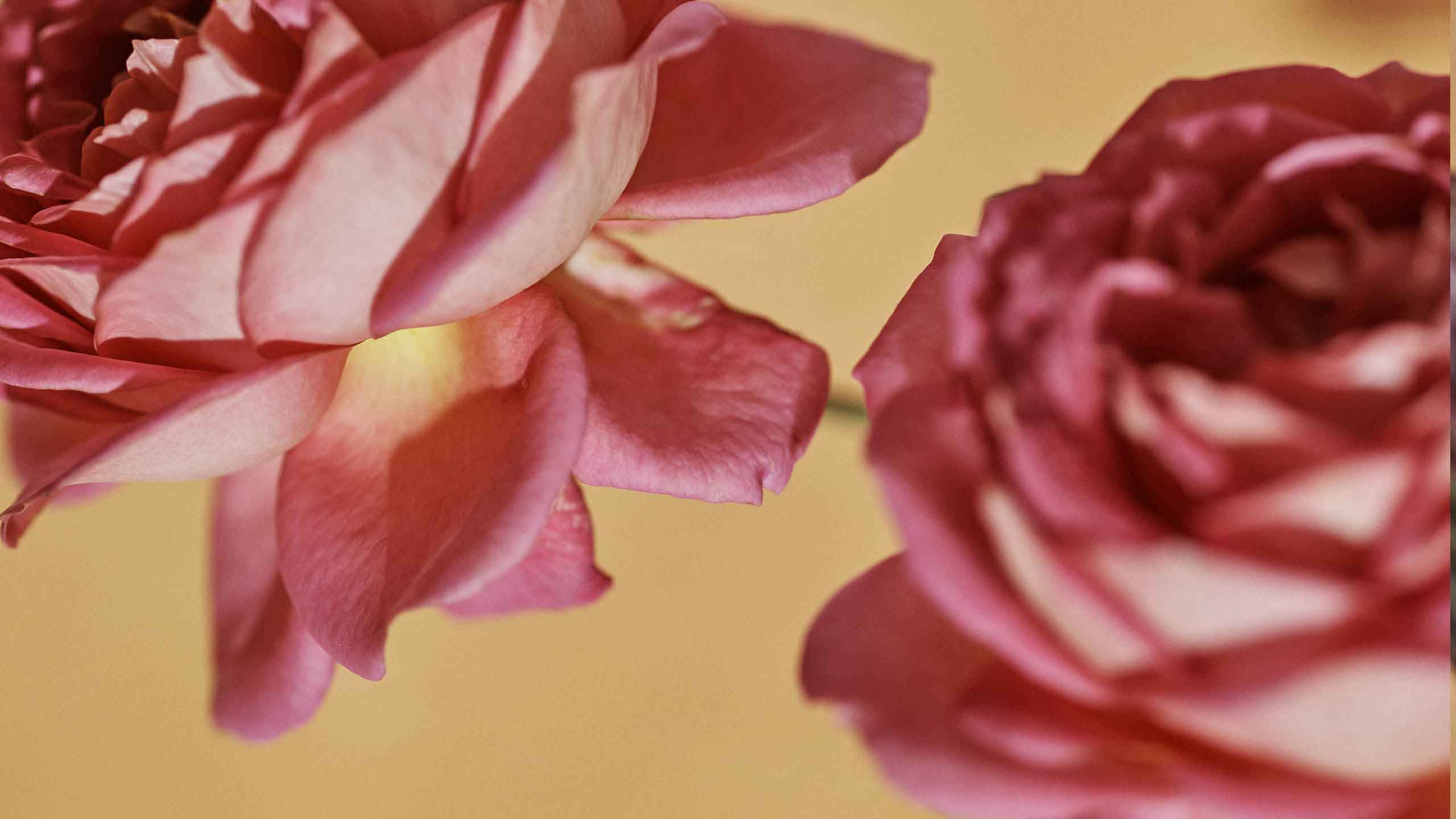 Roses are one of the highlights of Dumfries House. Wander around the Estate and you’ll spy various rose cultivars among the borders. Indoors, they are a recurring feature. In the Tapestry Room there is a profusion of roses in fabric swags above the buffet niches (a decorative architectural feature), while in the School Room they star in the picture-frame mouldings. The School Room was heavily influenced by Robert Weir Schultz, who oversaw the 19th-century extension. The Arts and Crafts master was working in the same era as fellow architect and artist Charles Rennie Mackintosh, who became very influential; it was his floral-inspired work, such as the “Mackintosh Rose”, that fuelled his popularity. 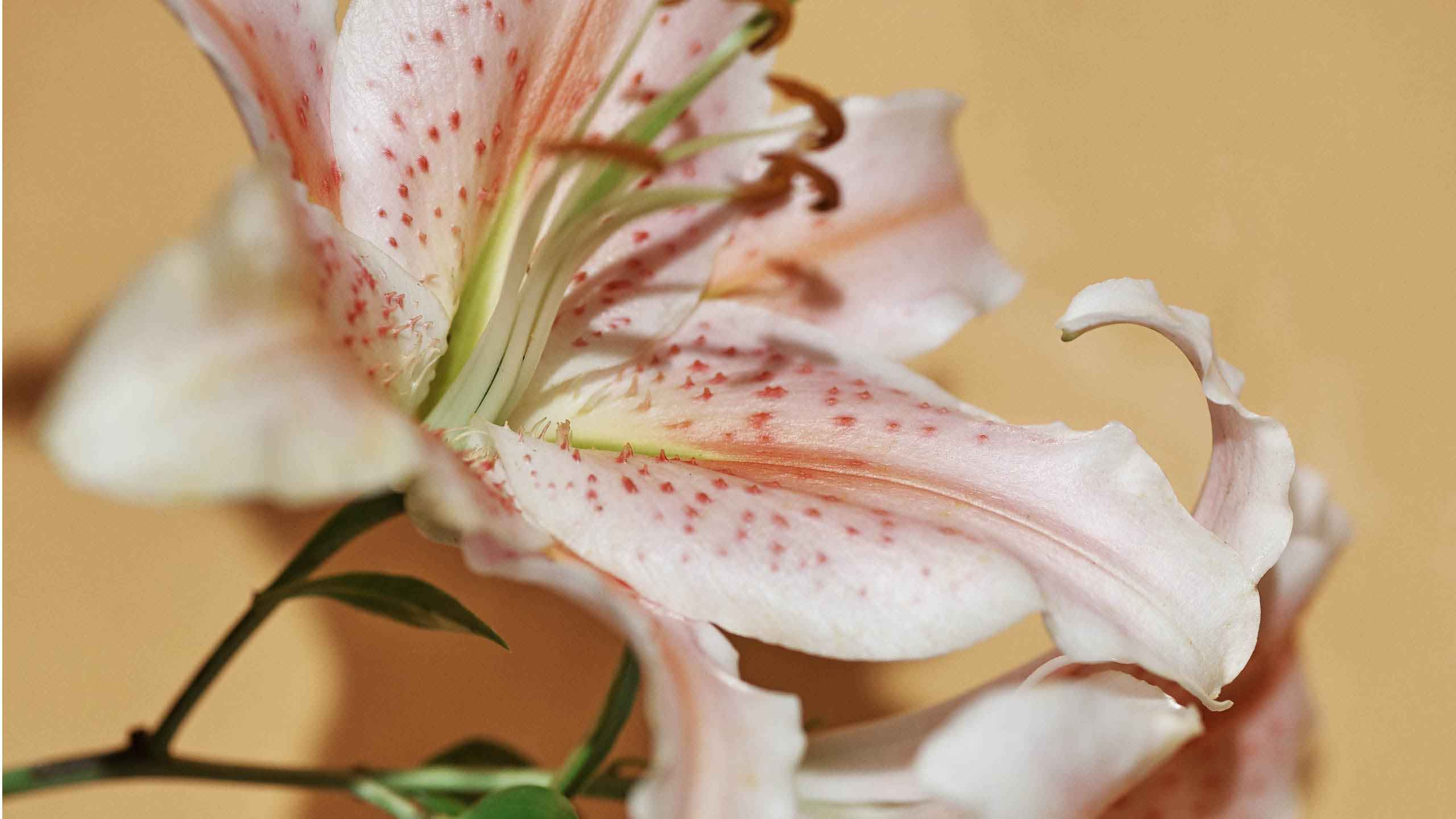 A cornucopia of blooms entices the eye down to a stunning carpet in the Blue Drawing Room. A mass of symbolic and decorative flowers jostle for space among the design, which takes in poppies and roses and four types of lily, including the Madonna lily (Lilium Candidum), which was introduced to the UK by the Romans pre-AD1000. Made by carpet manufacturer Thomas Whitty, founder of Axminster Carpets, it was invoiced to the 5th Earl of Dumfries in 1759, making it one of the oldest Axminsters in existence. As if by design, you’ll also find the oriental lily (Lilium) growing in the Queen Elizabeth Walled Garden – it’s a showy little number and its incredible scent makes it an annual highlight. 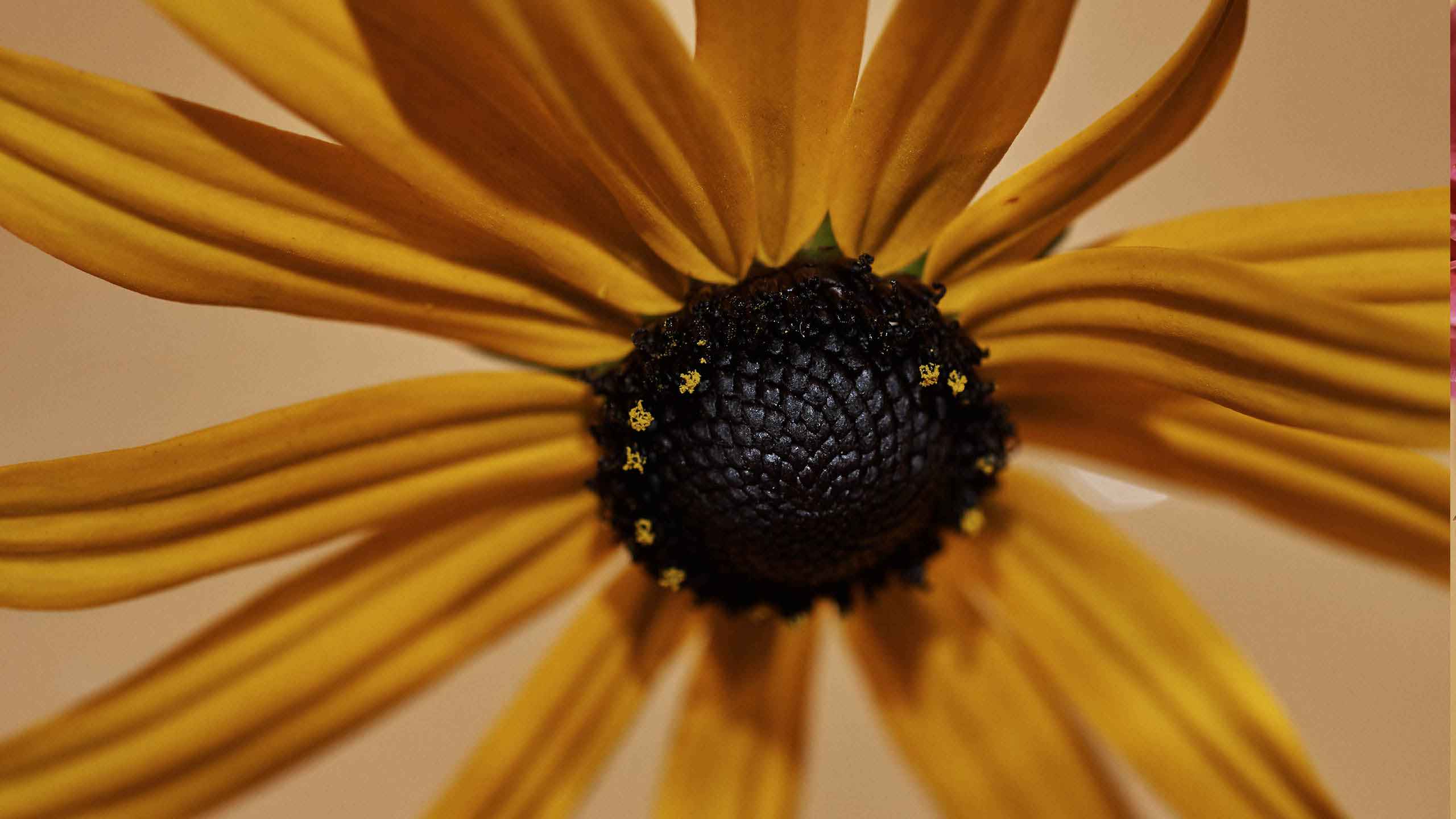 “There’s every chance John Adam had a hand in the design of the Axminster carpet in the Blue Drawing Room,” explains MacDonald. “Many of the elements of the motif are echoed in other decorative features around the room, particularly the wonderful stucco work.” Fine plaster decorations abound in the House, which was commissioned in 1754 and masterminded by young architects John, Robert and James Adam. They excelled at the decorative fashions of the time and in the drawing room the intricate stucco is studded with baskets filled with flowers, including roses and rudbeckia; both also feature within the carpet design. Rudbeckia is a member of the daisy family and one of the late-summer stars of the Queen Elizabeth Walled Garden. 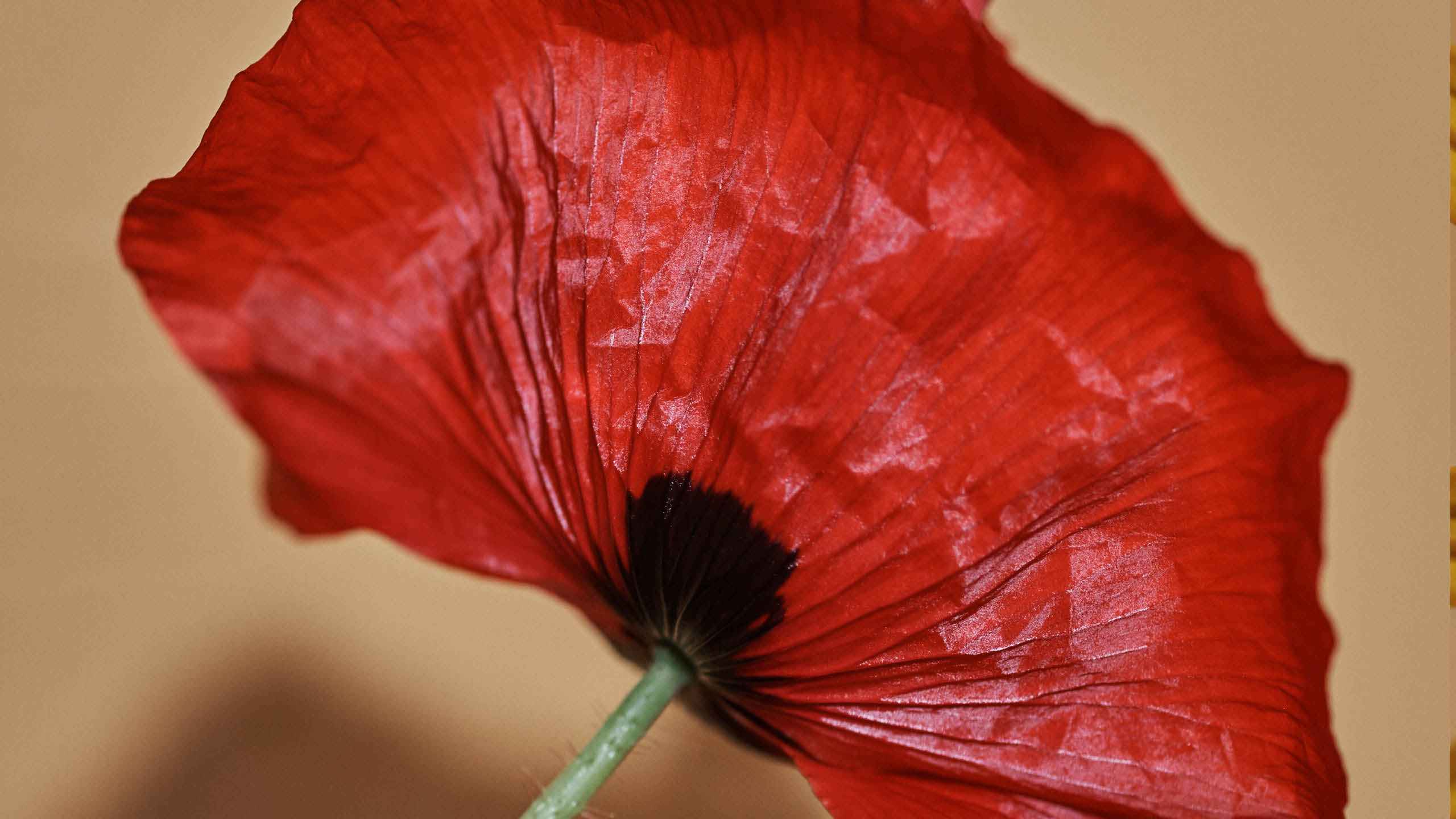 Poppies pretty much pop up wherever they like, though at Dumfries House they tend to be well behaved and remain broadly within the Queen Elizabeth Walled Garden. Indoors, they are equally subdued, featuring in a beautiful 19th-century Royal Worcester service by Flight, Barr & Barr, which is a highlight of the Pink Dining Room. Each piece of the service features a different bloom and together bring the entire garden to the table. The 1800s was a big century for the poppy, with the arrival of Claude Monet’s Poppy Field and Vincent Van Gogh’s Vase with Red Poppies. The French impressionist captured the plant’s natural movement, while the Dutch post-impressionist described its intense colour. Both were clearly enamoured. 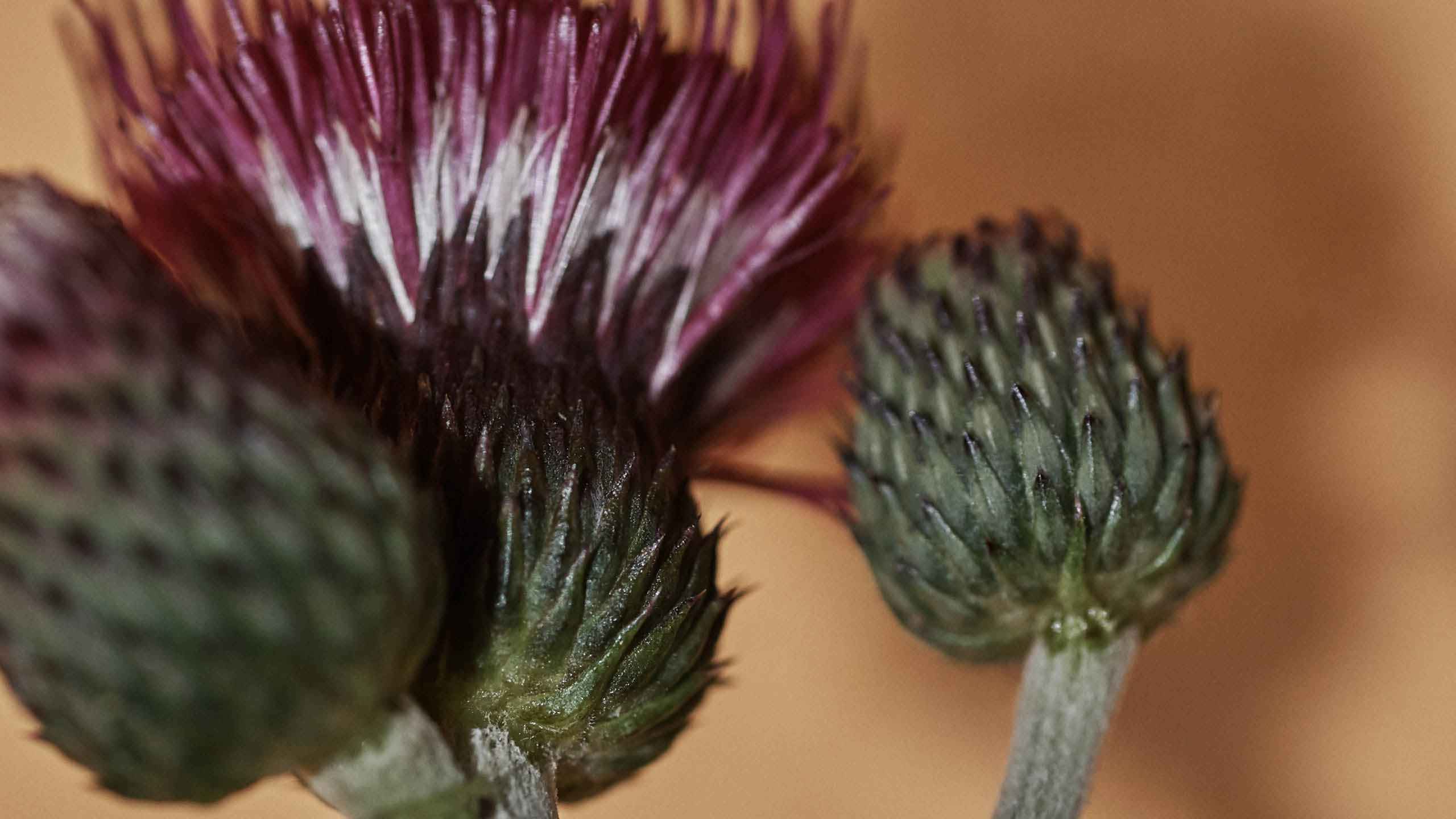 The Thistle is probably the most obvious plant that features in Dumfries House, not only because of the estate’s Ayrshire location, but because its owner, William Crichton-Dalrymple, was made a Knight of the most Ancient and most Noble Order of the Thistle in 1752, the highest chivalric order in Scotland. “His pride in this status is revealed in the entrance Hall, where the eight-pointed star of the order of the thistle is incorporated in the plasterwork of the entablature, the frieze and also on four chairs by Alexander Peter,” says Rostek. The thistle can also be found in the Blue Bedroom in a mirror by William Mathie – the central crest is carved as a naturalistic thistle growing out of the thistle badge itself. 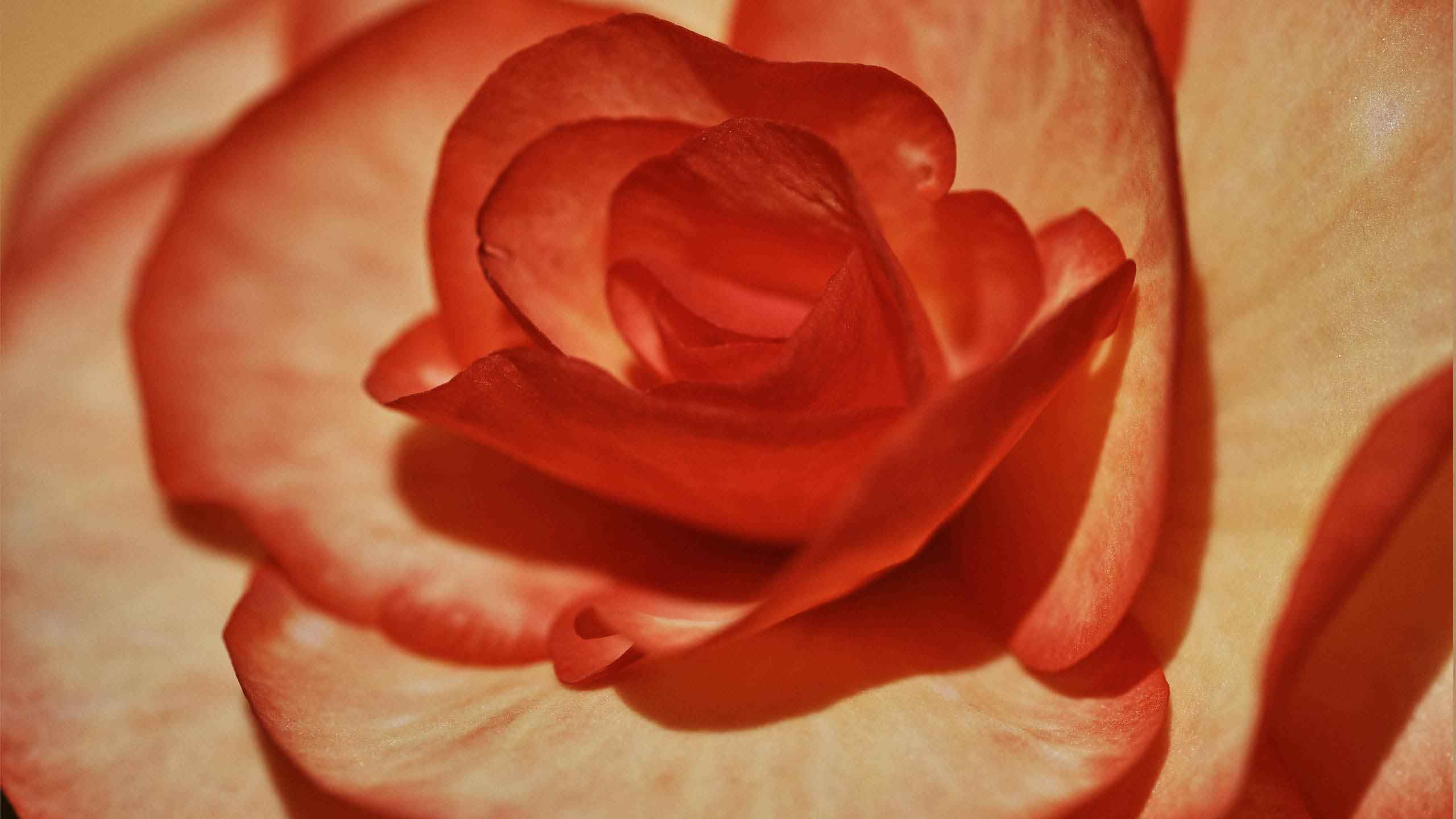 To play a game of match between the grounds and the house is pretty good fun. You might see apples in the garden – which is mirrored in the Savonnerie carpet in the family bedroom. Or spy sunflowers, clematis and asters, and move indoors to see them in textiles and china. But to simply play “spot” is perhaps to miss a little treasure. The begonia, for example, is often overshadowed by flashier stems in the garden and overlooked by artists and makers – yet they are truly beguiling. At Dumfries House, the plant features in the Axminster carpet, and outside it calls for attention in the glasshouses. So keep your eyes peeled, not only for the floral stars, but also for all the beauty in between.