Fashion designer Patrick Grant co-chairs the Future Textiles training programme at Dumfries House, imparting his extensive industry knowledge to ensure the programme (which is run by The Prince’s Foundation) can succinctly provide expert training in traditional fashion industry skills to school children across Scotland and adults seeking employment within the industry. The former sawmill on the Dumfries House Estate was refurbished into an atelier in the early part of this year and offers intensive courses in sewing, cutting and finishing fabrics.

“The Future Textiles initiative gives people a broad introduction to the skills that they might need if they were to go into the industry and lets young people see how good a career manufacturing something can be,” Patrick Grant explains. “You've got to fire their imagination up at an early age and show them how friendly and how enjoyable and wonderful it is.”

Grant graduated with a degree in Materials Science and Engineering, and later-on a postgraduate degree in Business Administration, with his first introduction to the fashion world taking place at a small tailor on London’s Saville Row named Norton and Sons. “We made a very small number of suits by hand,” Grant reminiscences. “I took the business over in 2005 and then launched a ready to wear line called E Tautz which was a tailor that Norton and Sons had acquired in the 1960s.” From then Grant has been awarded the menswear designer of the year in 2010 as well as becoming an ambassador for the British Woolboard.

He also hosts the popular BBC TV programme, The Great British Sewing Bee, which averages between three and four million views a week when on air. “I agreed to be involved in because I work in the sewing textile industry and I understand the importance of getting people excited about making clothes and understanding textiles, as well as knowing the difference between one materially and another. If people don't know the difference between cotton and polyester how can they make informed choices that don't create environmental problems and all of the rest of it that we now know about?” 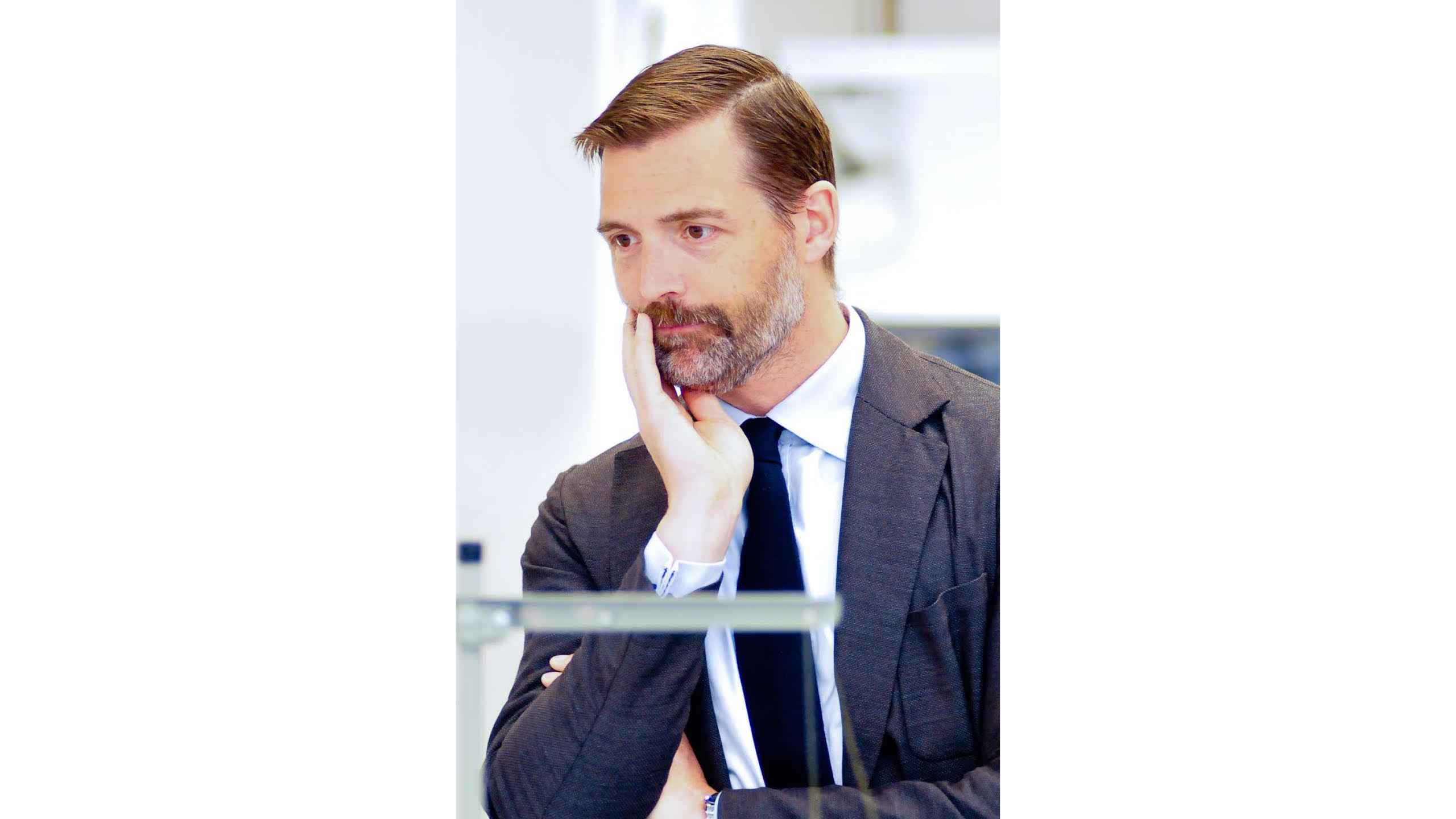 Scotland has a reputation for producing quality fabrics, including luxurious cashmere and the renowned Harris Tweed, both fabrics that students work with at the Textiles Training Centre at Dumfries House with the aim of keeping the Scottish textile industry alive. “We need to think differently about how we make our stuff,” Grant muses. “We need better stuff that lasts for longer.” Fortunately, Grant’s partnership with Future Textiles ensures that he is able to oversee this happening.