The change that envelopes Dumfries House’s 2,000 acres of Ayrshire countryside when the mercury drops is impossible to overstate: particularly on a clear, crisp day such as that on the image shown here.

“As the sun evaporated the frost on the grass, it created a layer of mist in front of the trees,” says Kimberley Grant, the Glasgow photographer who took it. “As I looked around, low sunlight streamed into the woodlands; colours and shadows were shifting every second. Winter was on its way.”

But this is a time of frenzied activity at the estate, as well as breath-taking beauty. “The Clay Pot men around the Education Garden area are lovingly wrapped in hessian to avoid frost damage,” says Education Gardener Chris Jones. “Non-hardy plants such as potatoes and carrots are either lifted or covered in straw and green manure to ensure the nutrients in the soil aren’t washed away by the rains.”

Vegetables that are still harvested through the winter season, meanwhile, include leeks, winter cabbage, neeps and Kale – after all, visiting children need something from the gardens to make soup from. Then, of course, there’s the work to be done at the farm. “The cows are housed in straw-bedded sheds from late October, as the soil at Dumfries House is very wet and clay-based,” says farmer John Rowell.

Such toils are inevitable, given that an estate such as Dumfries House is a work in progress with changing needs at different times of the year. Yet, at the same time, an ongoing project such as this is also a gift that keeps on giving. 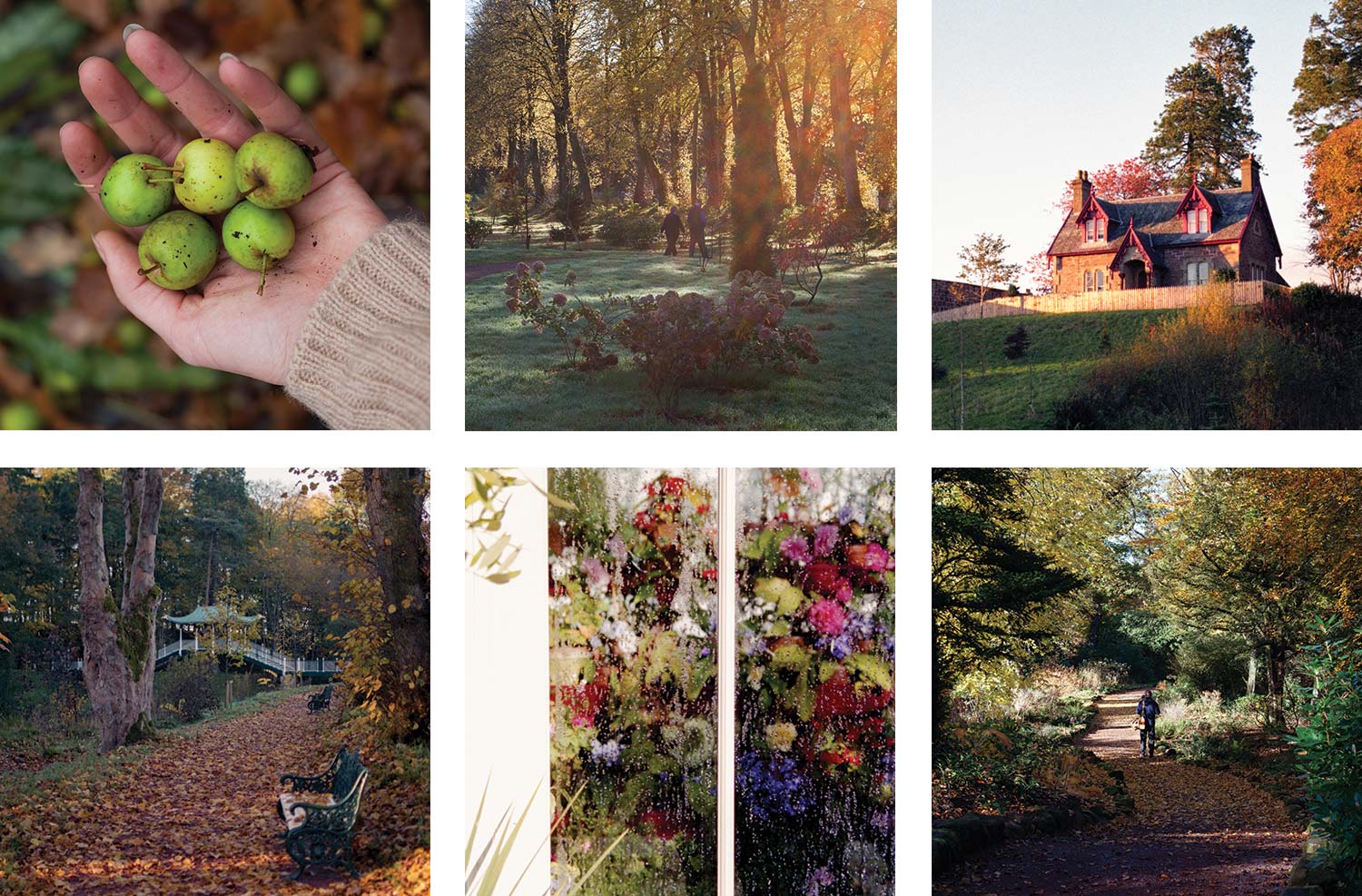