The 5th Earl of Dumfries commissioned three works by Thomas Hudson (1701-1779). He was keen to impress through his own portrait, which commands the room from above the fireplace. Shown in his coronation robes, his coronet sits on a table to his left and around his shoulders he wears the chain of the Order of the Thistle. The coronet rests on top of a drawing of Dumfries House. This, along with the fact that the Earl holds a copy of the contract to design and build the house, tells us how very proud he was of the prospect of a completed Dumfries House. 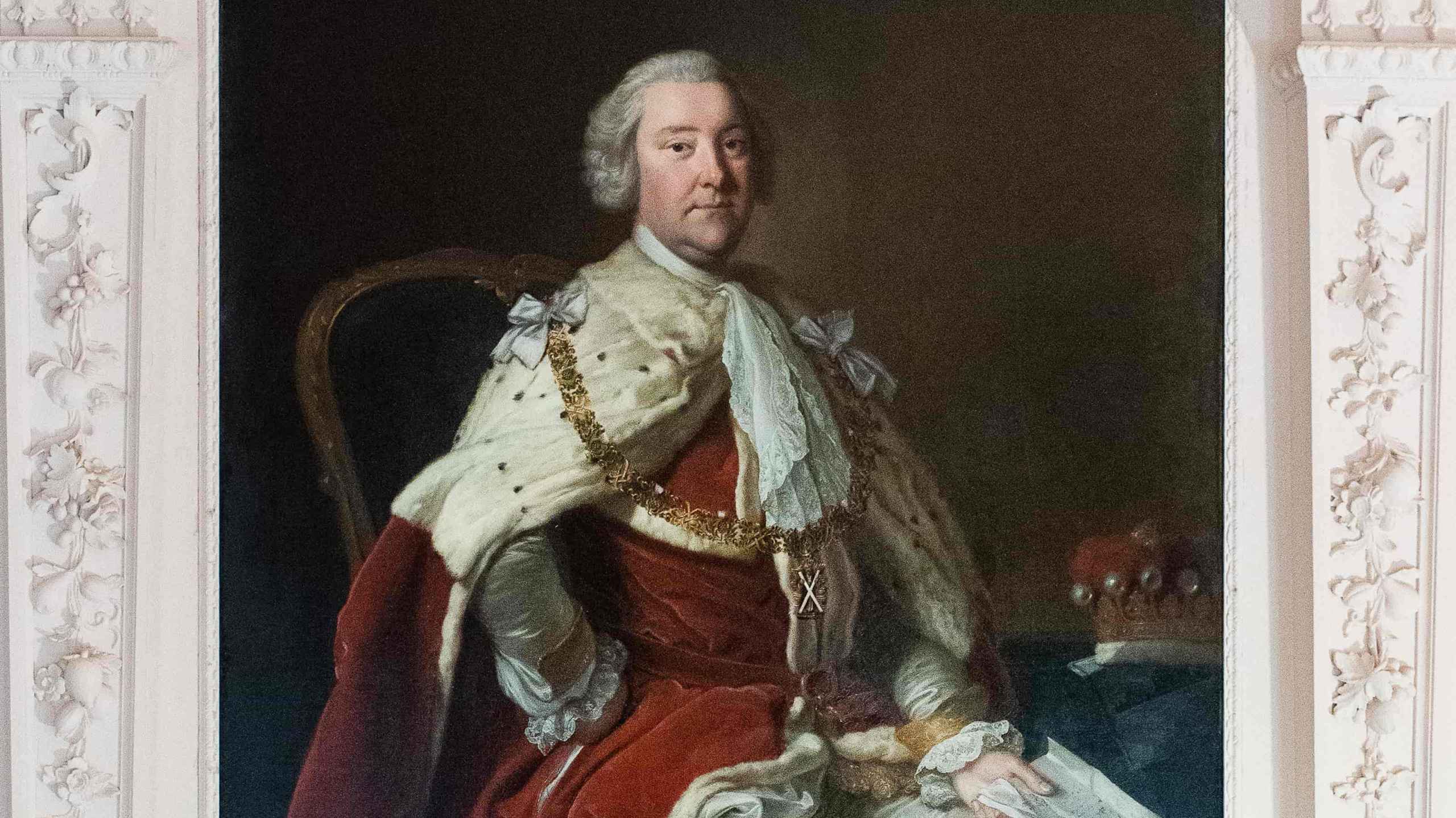