The 5th Earl originally intended to have one elbow chair made in London and then copied in Scotland. However, he decided to buy 14 all from Thomas Chippendale. Capturing the essence of Chippendale's interpretation of ‘modern taste’, they speak of a designer and master craftsman at the height of his powers. The rhythm and fluidity of the curves as well as the quality and crispness of the carving set Thomas Chippendale apart from his competitors.

Described in the invoice as '14 mahogany elbow chairs wt stuffed Backs and Seats cover's, with richly carv'd & scroll feet & castors', the chairs cost a total of £63. The pair ofseat sofas, also supplied by Chippendale, added £22 to his bill. 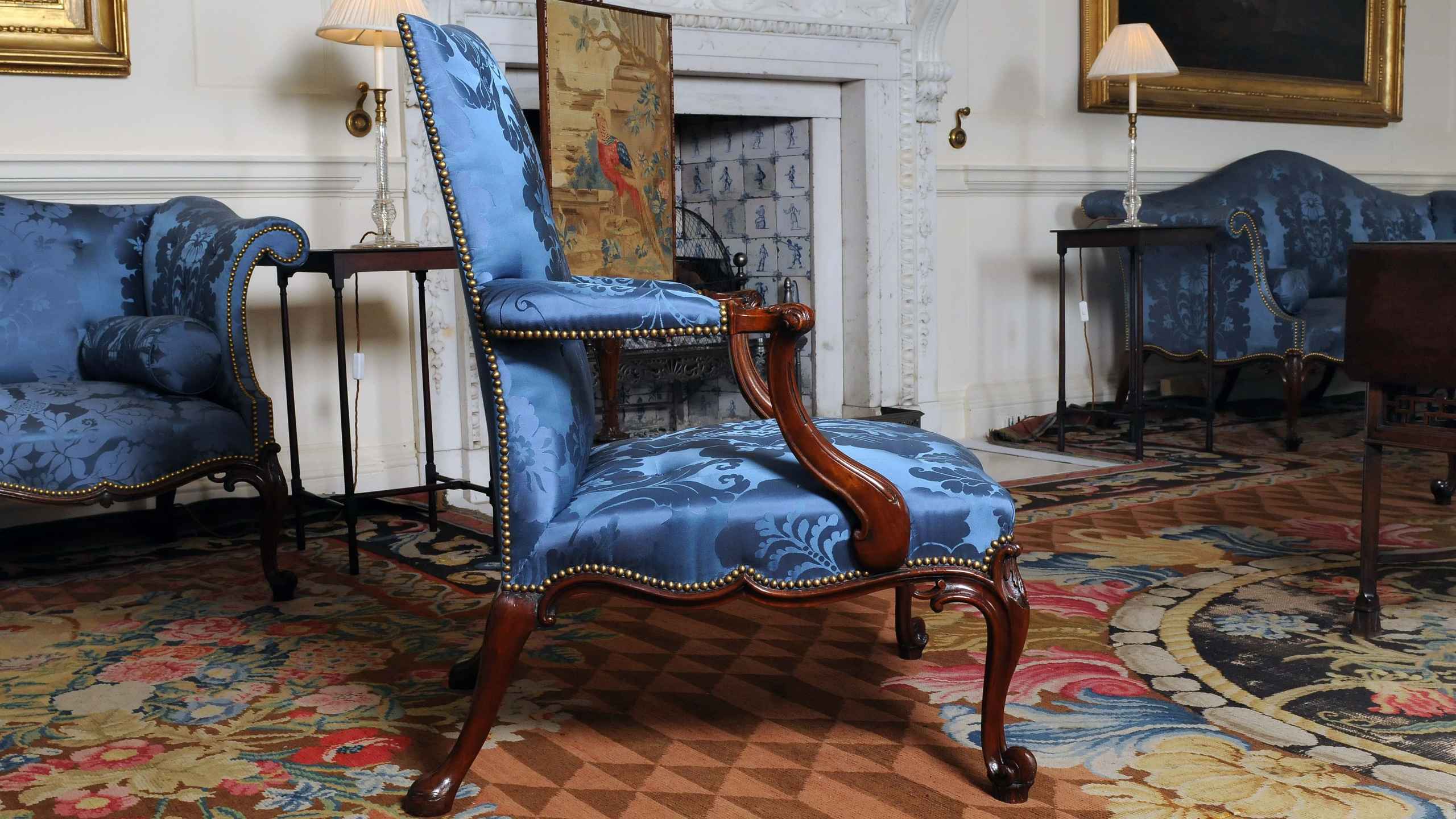