Restoring the Blue Bed was an enormous project, undertaken by upholsterer Ian Block with a 20-strong team who worked on it solidly for three months. The frame was largely intact, but the 1759 hangings had long disintegrated. New research discovered that the bed had been upholstered in blue silk damask, contrary to the established view that it had been green, and the replacement material was specially woven by Suffolk firm Humphries Weaving. The bed stands in the room it was designed for: the Best Bedroom. 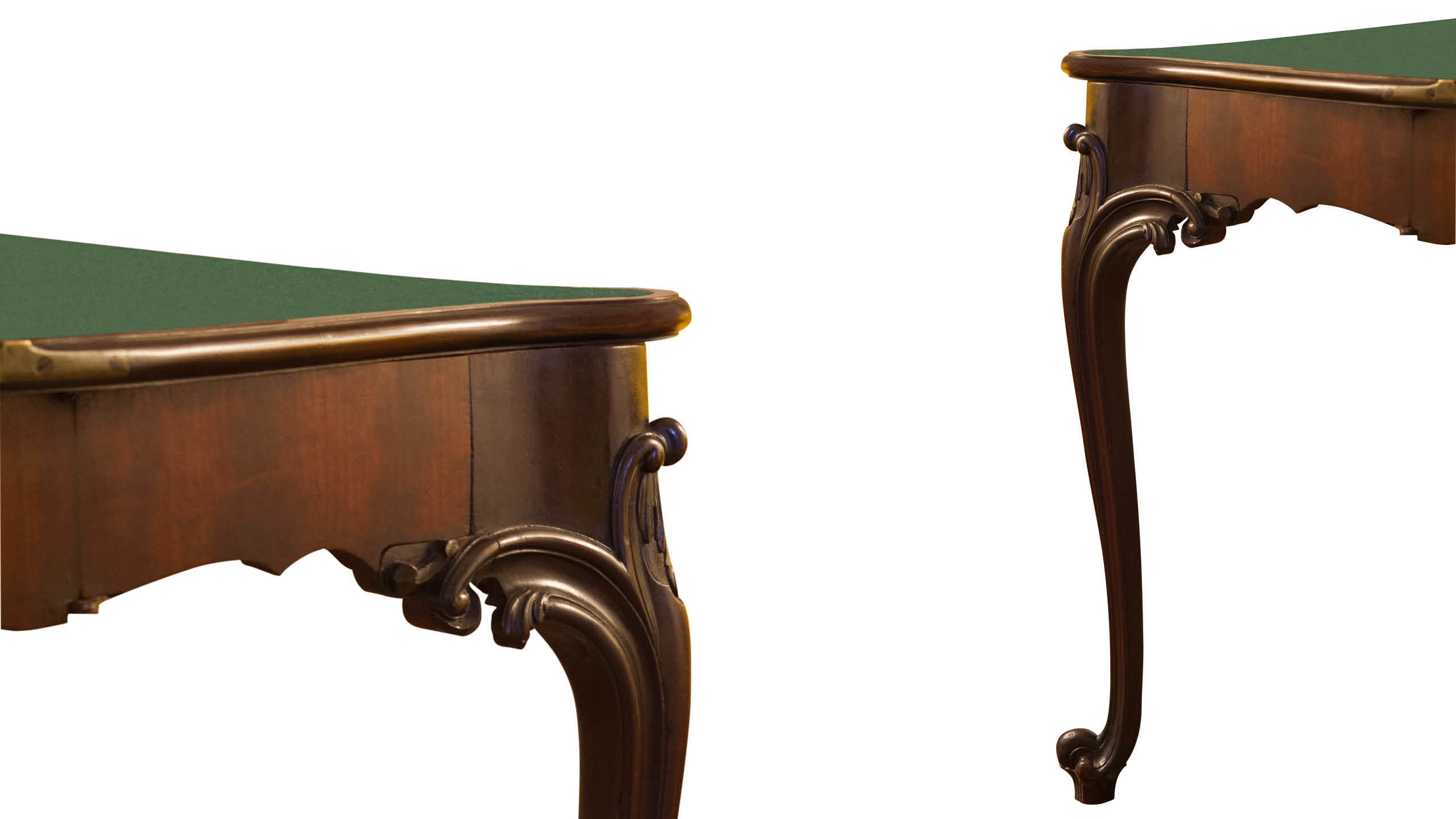 The card tables were found in the Parlour and were in good condition, apart from a burn mark on the green baize covering of one of them. They were given a light conservation clean over a few days by Peter Holmes in preparation for the opening of the house to the public in 2008. Having originally stood in the Blue Drawing Room, they are now in the Family Parlour (the Yellow Drawing Room). 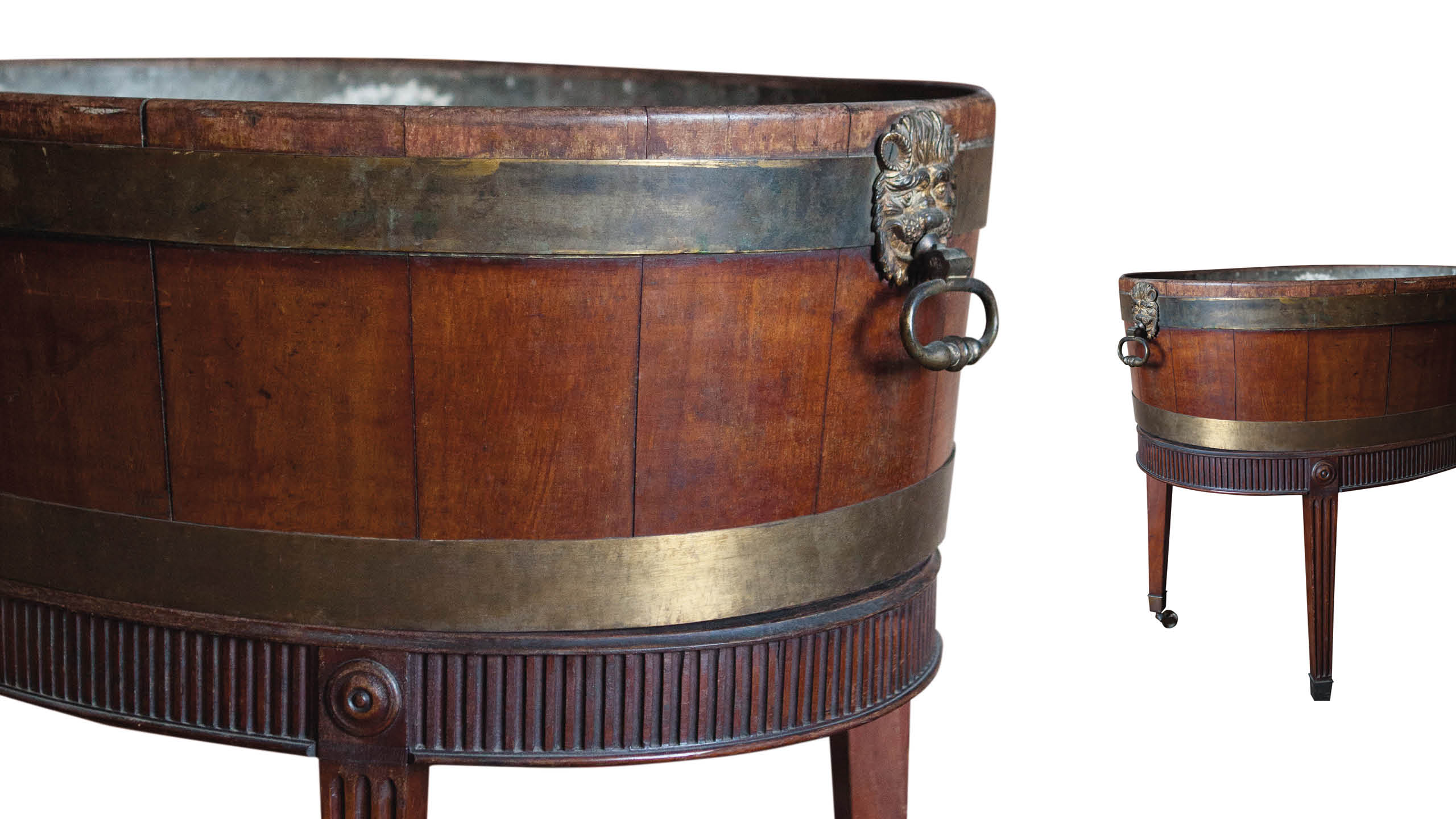 The wine cooler in the Pink Dining Room was found at the Earls of Dumfries’s other seat, Mount Stuart House on the Isle of Bute. It was battered and shaky on its legs, having reputedly been used outdoors as a jardinière. It took James Hardie several days to restore it. 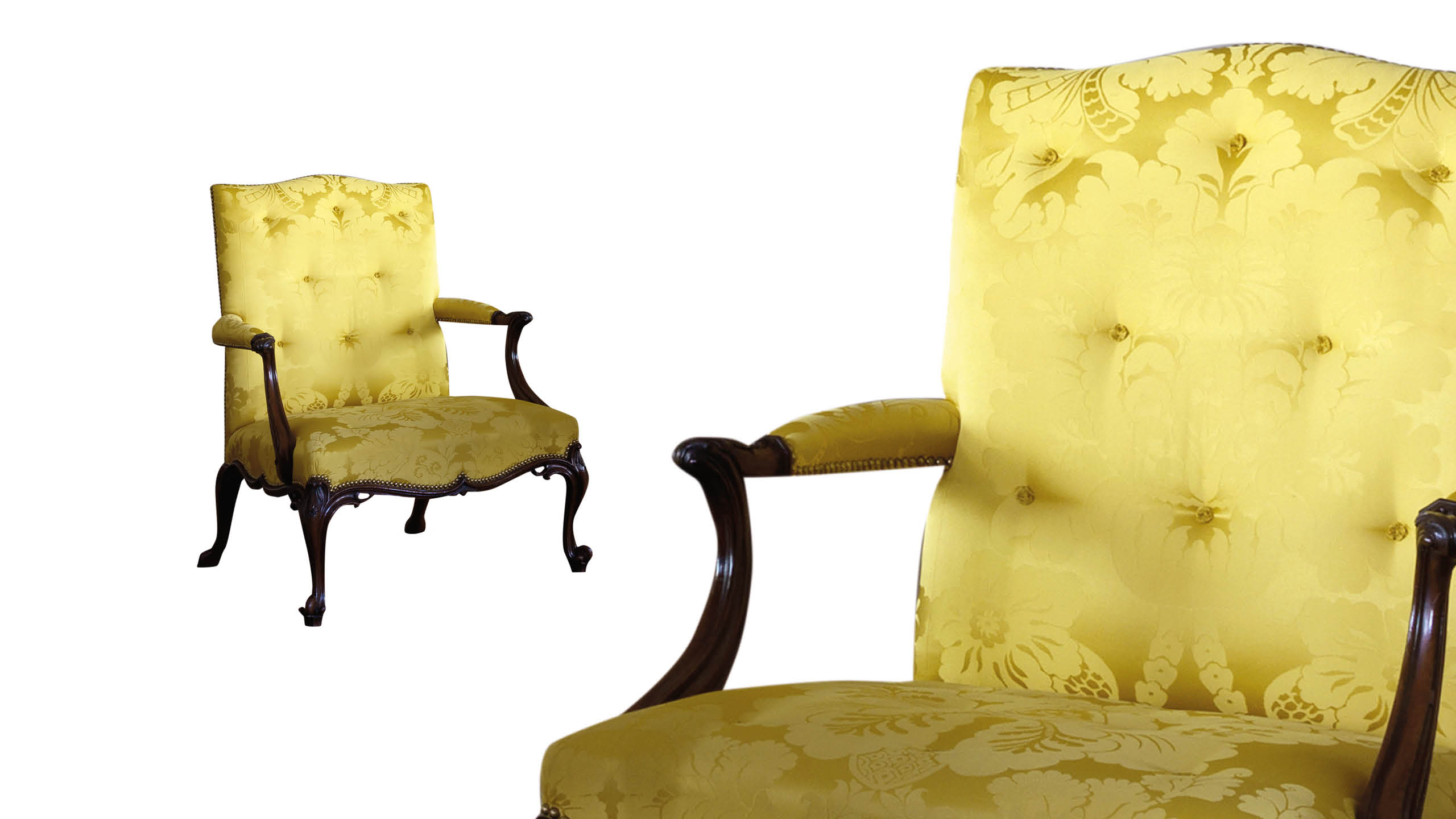 The Suite of Sofas & Chairs

The suite had been re-upholstered in the 1840s and again in the 1950s, but retained some of the original webs and stuffing. Its restoration took several months: the upholstery work was carried out in Barry Ansell’s workshop in London, while the conservation of the structure and frames was the responsibility of Peter Holmes and his team at Arlington Conservation, also in London. The suite is divided between the Blue Drawing Room and the Family Parlour (the Yellow Drawing Room); some of it may originally have stood in the Family Bedroom. 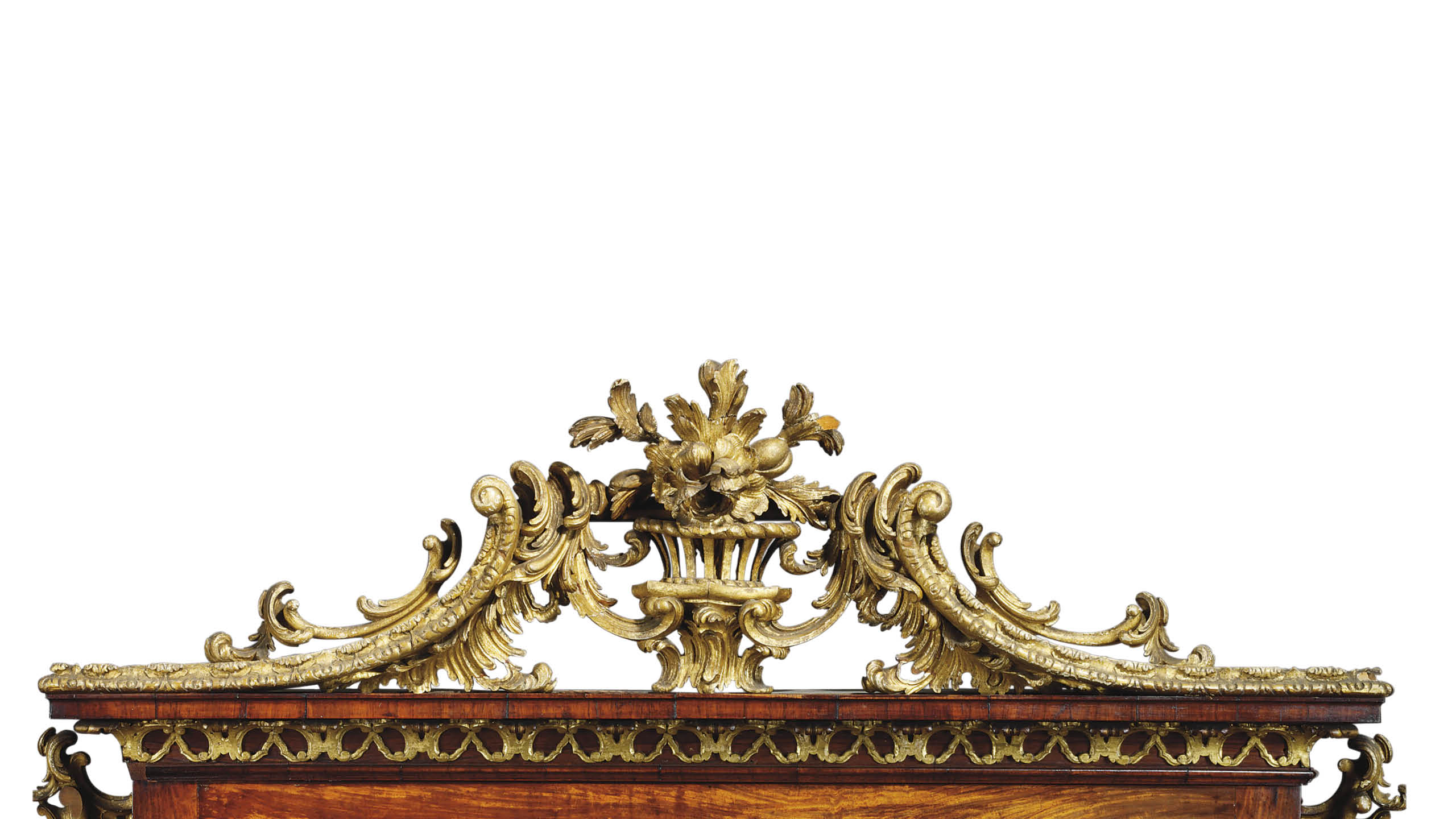 The Gentlemens Bookcase:The bookcase showed some signs of over-polishing in the 1960s; there had also been crude repairs to the gilded crest piece, which had some pieces missing. It was restored on site by James Hardie over the course of a month; the decision was made to leave historical cracks in the glass as they were. Originally situated in the Best Bedroom, it now stands in the Blue Drawing Room.

Dumfries House is hosting an exclusive programme of talks and events throughout 2018 to celebrate the tercentenary year of Thomas Chippendale. For further details, click here.